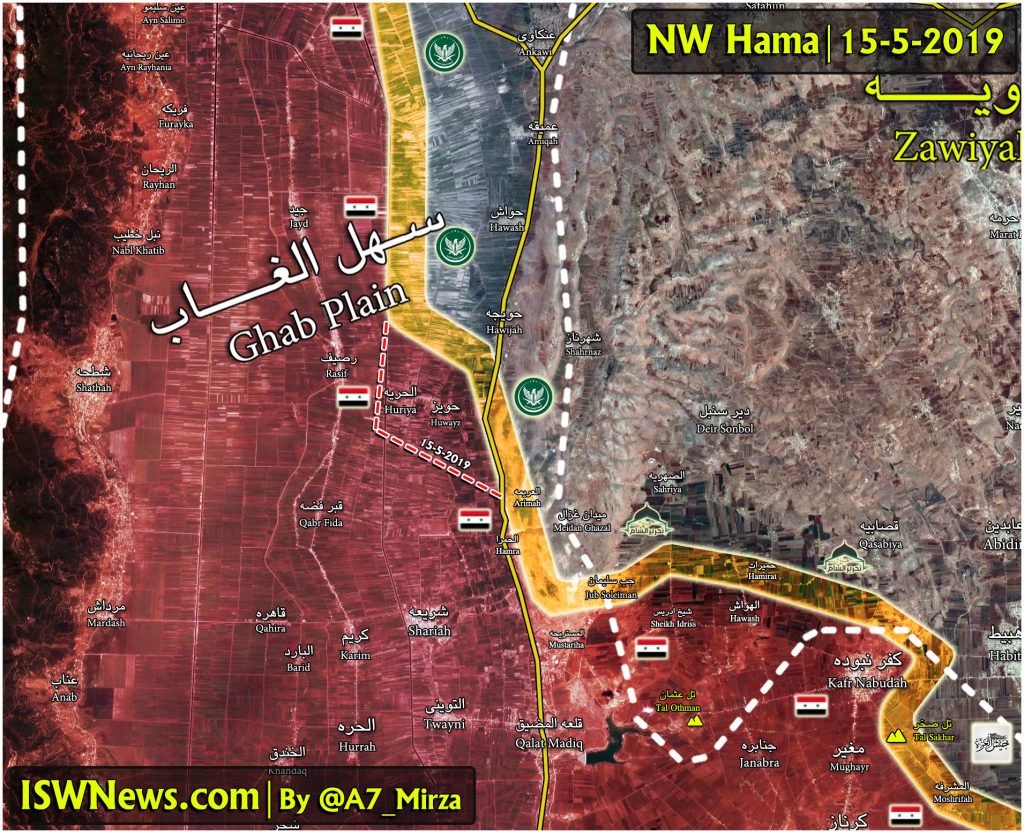 According to local sources, in these advances more than 25 terrorists were killed.
Huwayz region was an important base for terrorist in south of Al Ghab Plain.