Overview Of Military Situation In Afghanistan On September 25, 2017 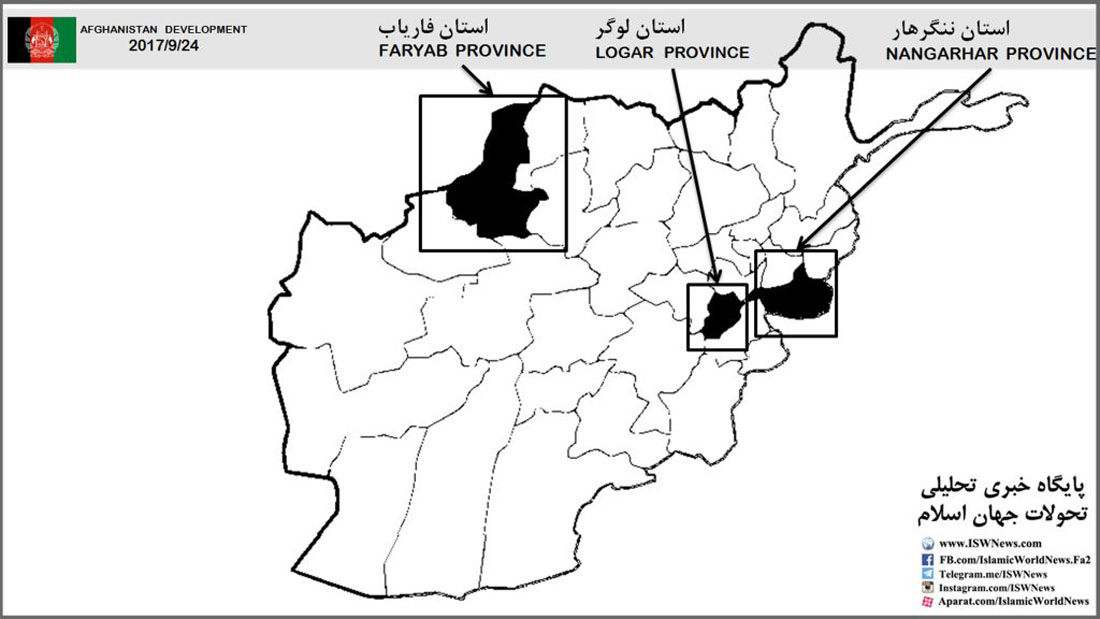 Recently, the US has delivered six Black Hawk helicopters to Afghanistan and the US Defense Department announced that 3,000 new troops will be deployed to Afghanistan.

In northern Afghanistan, the important village of of Bukhari Qaleh located in the outskirts of Almar city in Faryab province was liberated by Afghan security forces following clashes with Taliban militants. According to local authorities, security forces also liberated the Ab Gardan dam and villages in the vicinity of Bukhari Qaleh from the Taliban.

Logar province is located south of Afghanistan capital Kabul and is in the capital’s security belt.

According to Attaullah Khogyani Nangarhar province spokesman, two children were killed and three others were injured in the border city of Naziyan border as a result of the Pakistan shelling.

Afghan has not implemented any measures in order to counter the shelling from the Pakistan territory.

The incident took place amid the continued diplomatic tensions between Pakistan and the US over the alleged Pakistan support to the Taliban in Afghanistan.