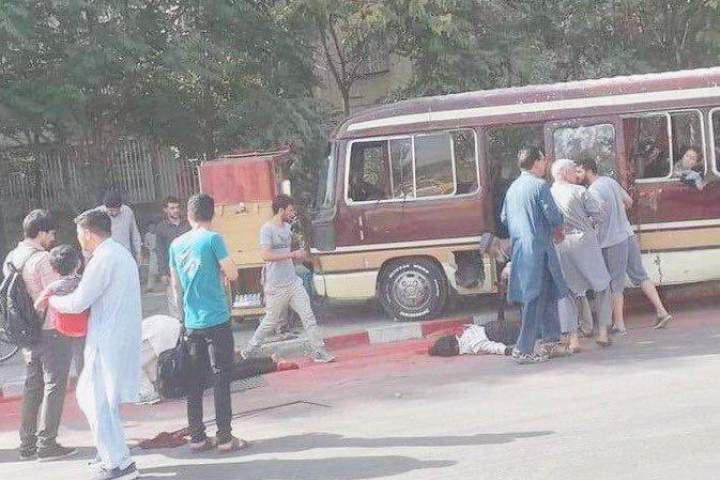 ISWNews Analysis Group: Due to 3 terrorist attacks in different areas of Kabul 11 martyred and 45 injured. There 5 children and women among the martyrs.

In the first attack in the morning, one suicide bike hit itself to a bus of employees of Mines and Industry Ministry and 7 martyred.
Then another explosion took place in the area.
The last attack happened in dispatch center of ninth security zone of Kabul.