US. to Build a New Base in North of Syria 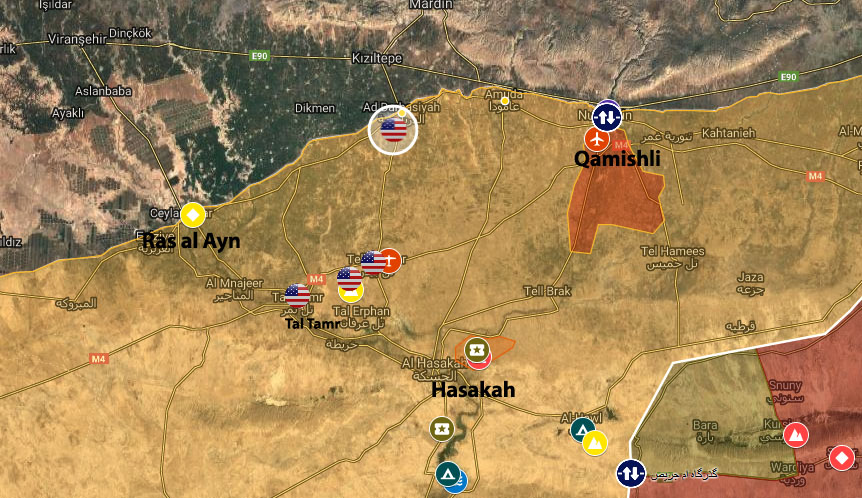 ISWNews Analysis Group: According to local sources, US forces are building a new military base and a runway in south of Darbasiyah near border of Turkey.

ANF network, which is a Kurdish network close to PKK terrorists, reported according to a source in SDF that US-led coalition is building a new base which supports presence of international forces in north of Syria.

He said: “The establishment of the military base south of al-Darbasiyah by the coalition comes to confirm the plan of a long-term deployment of international forces in northeastern Syria.”

Last month a group of US coalition forces visited Tabqah airbase in southwest of Raqqah and they plan to deploy more helicopters and troops there.

Although Trump stated last year that US soldiers are leaving Syria but later changed his mind and recent activities shows that USA has plans to stay for a long time.