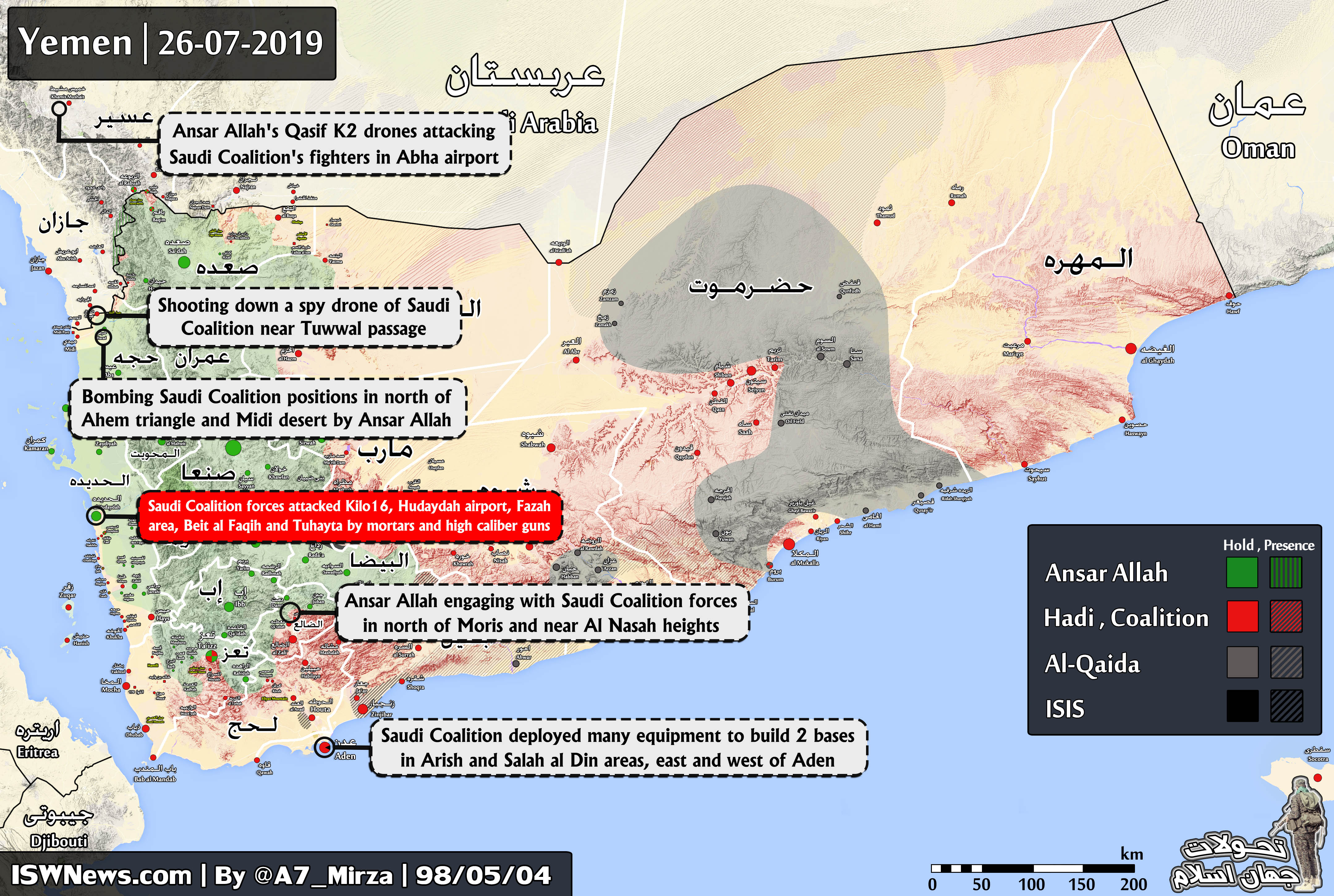 4. Abyan:
Several brigades were deployed to Abyan by Saudi Coalition. These movements are due to Emirati forces retreat from frontlines with Ansar Allah.