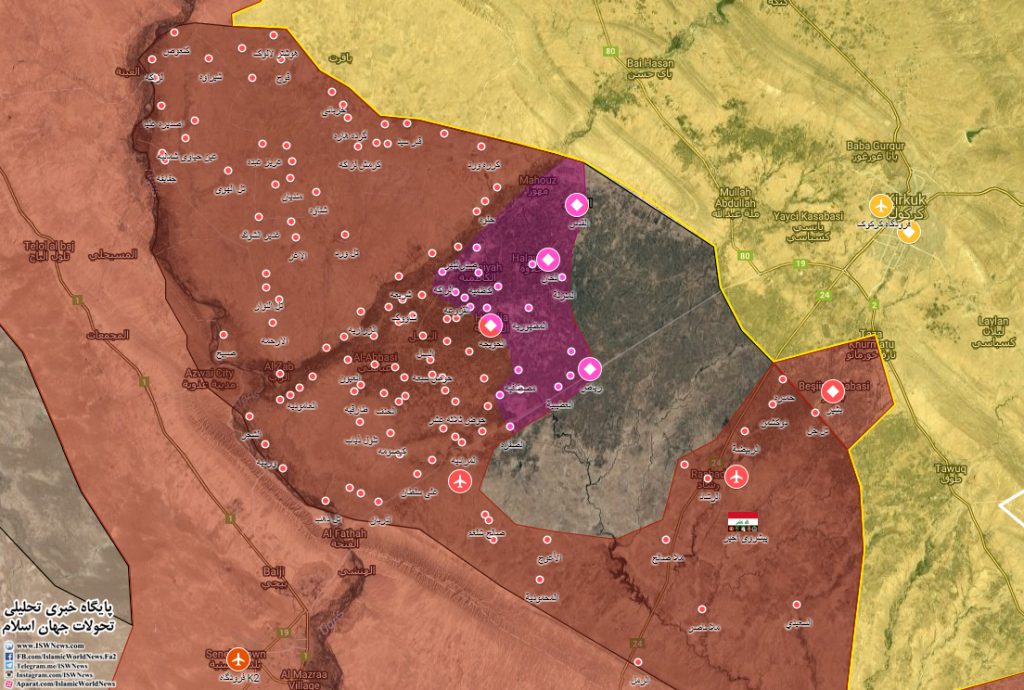 Operation continued to the northern, eastern, and southeast areas on Thursday after the official clearing of the city of Hawijah, and another important achievement was made by the joint forces, and the city of Al-Riyaz liberated completely

In today’s operations, more than 60 small villages and large areas of northern Hawijah were liberated.