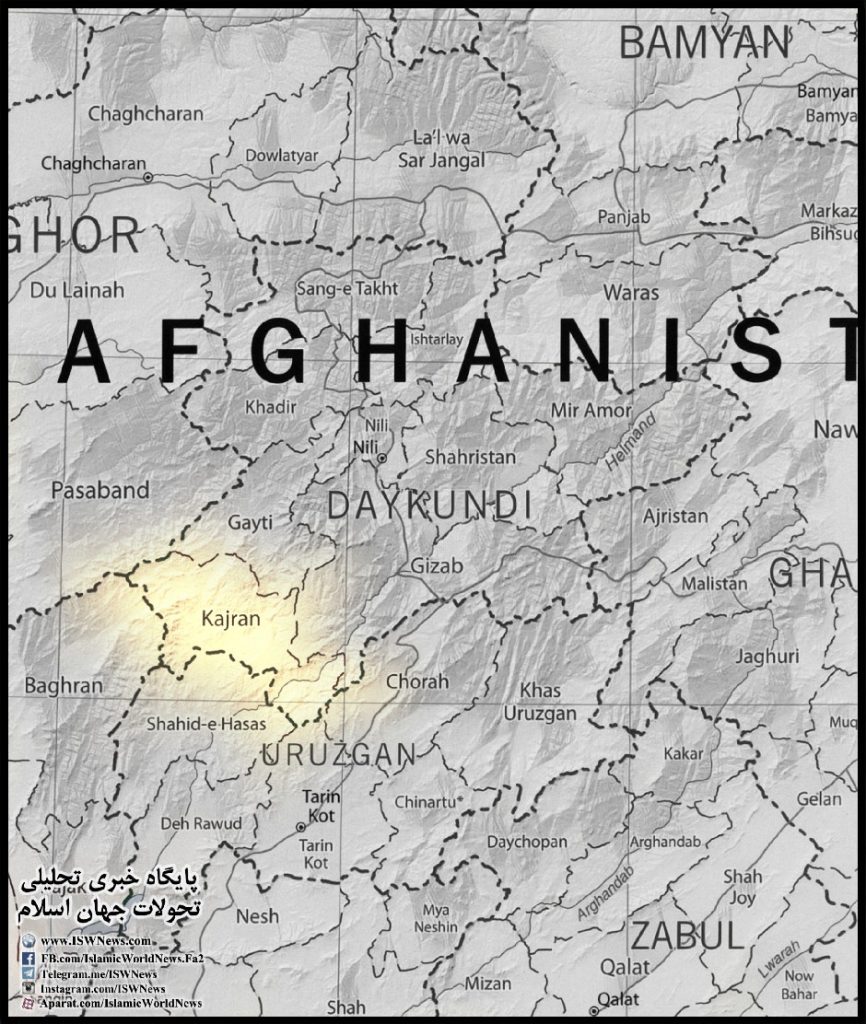 ISWNews: In despite of Taliban’s heavy attacks to Kajran district, security forces and people’s immobilization are defending bravely.

After three weeks of Taliban’s new wave of attacks to Kajran district, south of Daykundi province, people in the town alongside security forces are defending rigorously.
So far 70 of security forces and people’s immobilization have been martyred and tens wounded.
According to local officials, the latest Taliban’s attack to local police station near the bazaar was faced with rigorous defend and heavy casualty, Taliban retreated.
Local officials asked central government to send help, reinforcement and equipment and stated Kajran’s situation is critical.

Kajran district located in south of Daykundi province in the middle of Afghanistan, the majority of which are Balouch and Pashtoon and Shite. People of Kajran during several years of conflict with Taliban have shown great bravery and resistance.