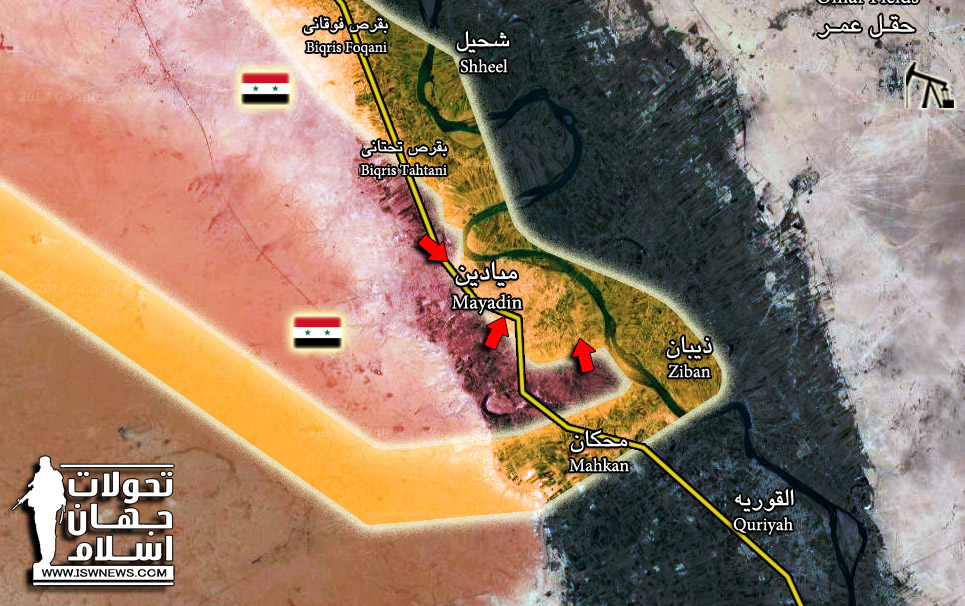 Syrian Arab Army (SAA) units, led by General Suheil al-Hasan, are advancing in the western and southern parts of al-Mayadin city in the Euphrates Valley.

Following a series of firefights with ISIS, the SAA has liberated Balum, Balout, the Electrical sub station, the Taybah school and other points in the southern and western part of the city.

About a half of Mayadin is under the government control.