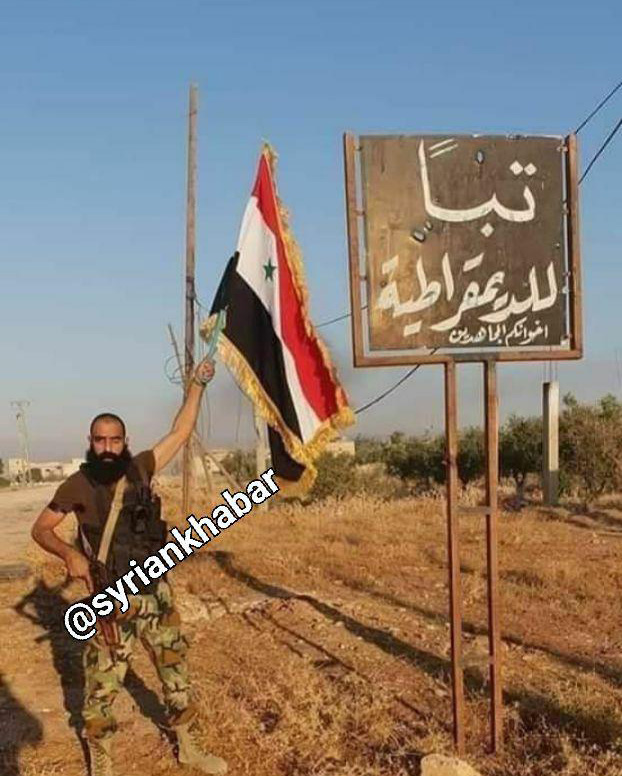 Look at this slogan written on a sign in Habit town, south of Idlib: “Damn democracy” and wrote under it “your Mojahed brothers.”

This is the result of international terrorists brought from corners of the world to Syria to take down a dictator according to themselves and their western friends.

Now Syrian people are to stand against these terrorist and criminal Mojaheds and not let them to spread their diabolical and inhumane thoughts in this country, unlike the government, Al Julani has established in Idlibistan and assault everyone to strengthen his kingdom and interestingly media of al Nusrah Front still talk about revolution! And still talk about the dictatorship ruling over Syria…