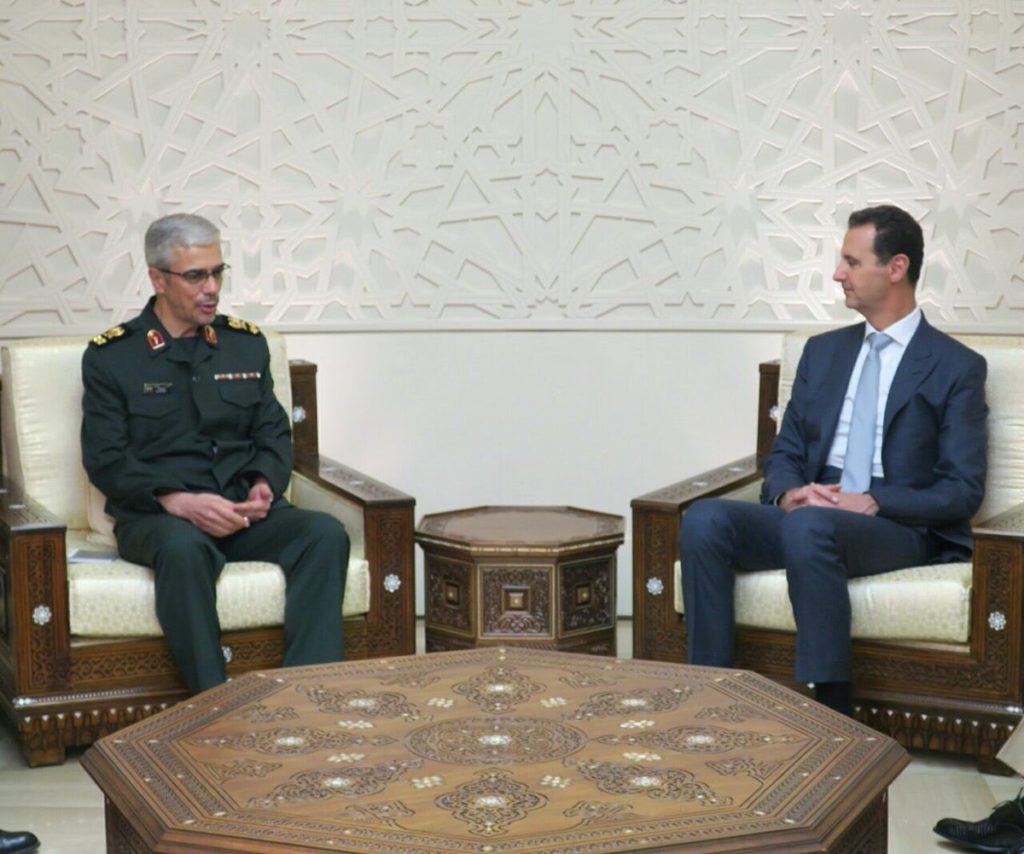 The meeting was also attented by high-level Syrian and Iranian military officials. The two sides exchanged views on regional issues and the fight against terrorism.

During the meeting, President Assad said that the success in combating terrorism in Syria “deals a severe blow to the Western projects plotted against the region.” He added that this explains why some countries continue supporting terrorists in Syria.