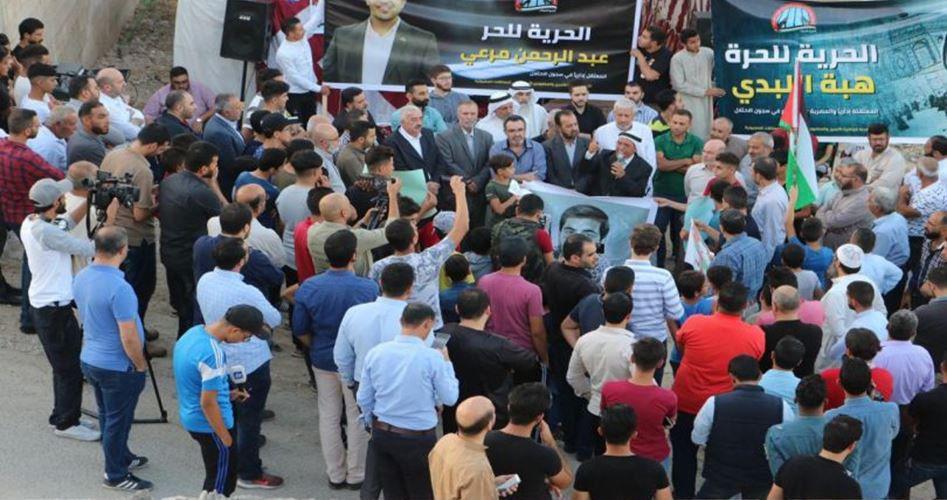 Jordan’s Foreign Ministry asked to visit these two prisoners to follow their situation.
Hebah Abdulbaqi is on hunger strike.
Zionist regime arrested Hebah Abdulbaqi who traveled on 20 August 2019 to Jenin, West Bank to visit his family and convicted to 5 months in jail.
Abdul Rahman Mari’ was arrested on 2 September after traveling to West Bank to participate in wedding of a relative. He has cancer and does not feel well.