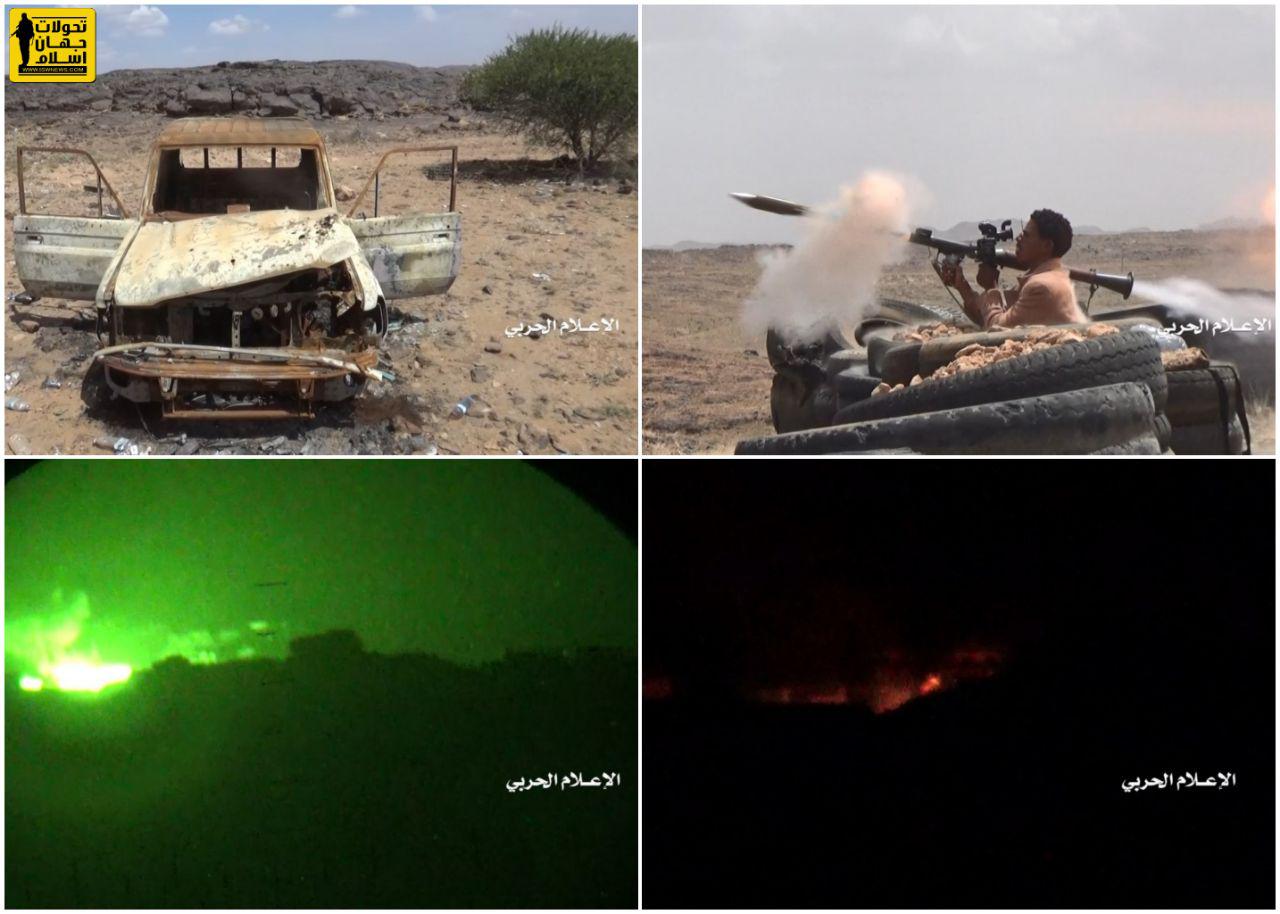 1. Dhale:
Fakhir is still under control of Ansar Allah. Saudi coalition blindly fires at vehicles and people and 3 people have martyred so far, 2 were children.

4. Yemeni Armed Forces spokesperson:
Saudi coalition performed more than 30 airstrikes to different provinces of Yemen, most of it in Saadah province.