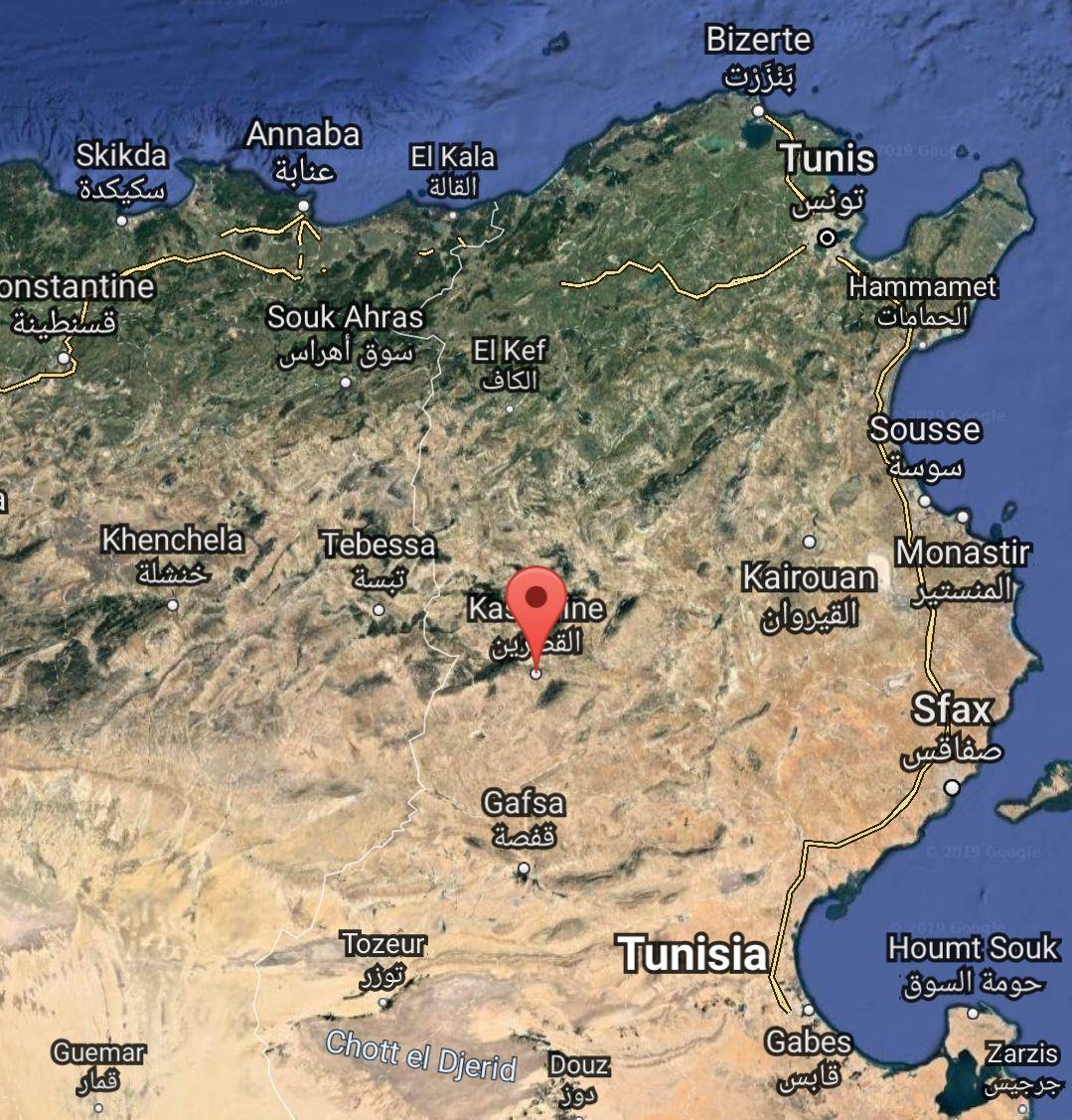 ISWNews Analysis Group: According to Tunisian Defense Ministry, in an attack by Tunisian Army one of commanders of al Qaeda in north of Africa was killed in west of this country and another commander injured.

According to the spokesperson of Defense Ministry, a commander of Uqba ibn Nafi group, a branch of al-Qaeda in the Islamic Maghreb was killed in Qasrin area (border of Tunisia and Algeria) in an operation by the army and one other injured.

Uqba ibn Nafi group is a local branch of al Qaeda in north Africa.
Mountainous area of Qasrin in the west of Tunisia and at the border of Algeria has been the playground for terrorist groups of Jundul Khilafah(allied to ISIS) and Al Qaeda.