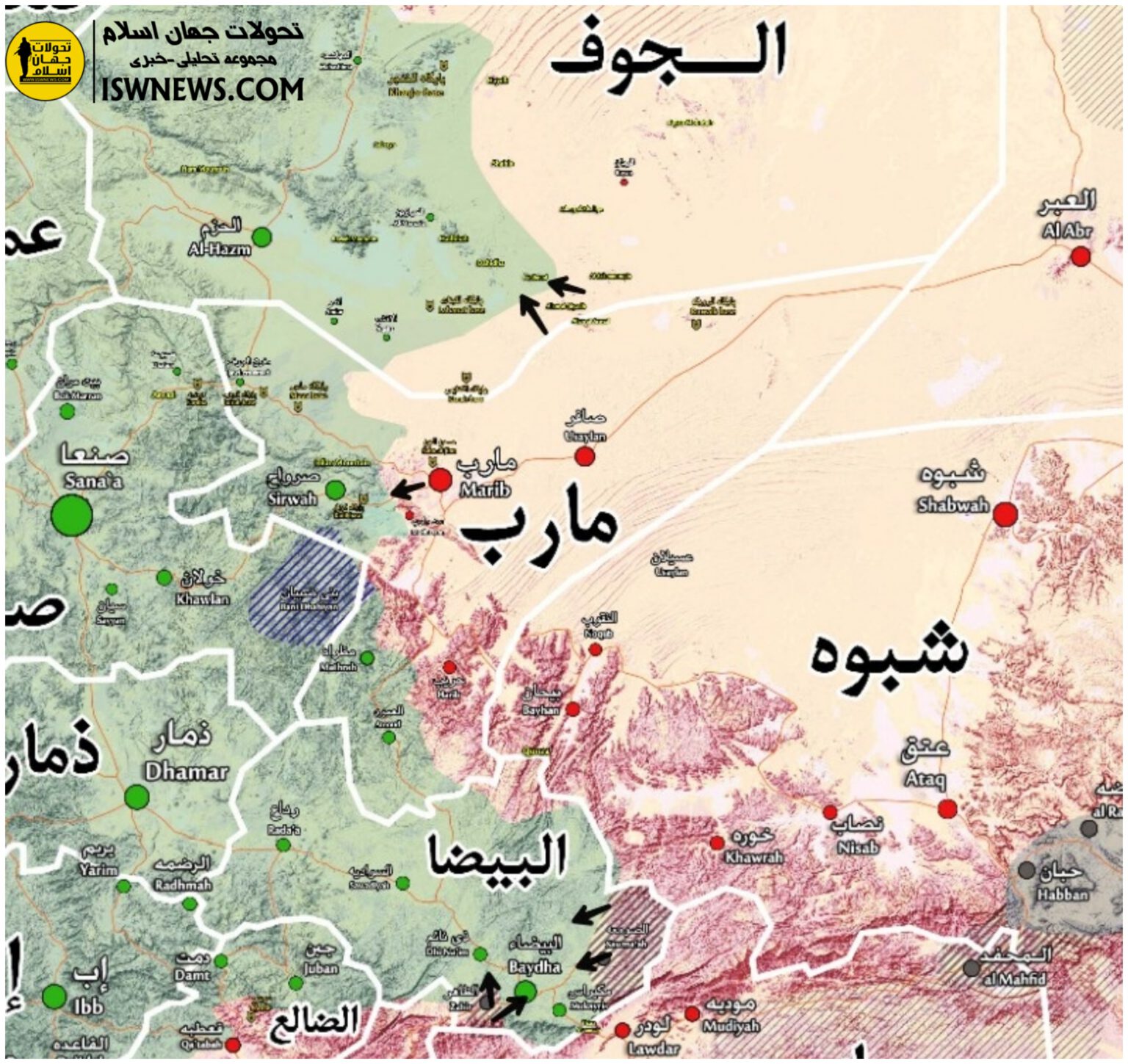 ISWNews Analysis Group: The al-Qaeda terrorist group, with the support of the Saudi coalition, launched a large-scale operation called “Ghazwat al-Badr” against Ansar Allah in the provinces of Marib, al-Jawf and al-Baydha.

The operation was launched against Ansar Allah positions in the Tala’at al-Hamra area west of Marib, al-Alam front in al-Jawf province and al-Suma’a and al-Zahir areas in the al-Baydha province.
Ansar Allah has so far managed to repel al-Qaeda attacks and more than 20 al-Qaeda terrorists have been killed in al-Baydha province so far, according to Saudi coalition sources.