White House is the source of Terrorism! 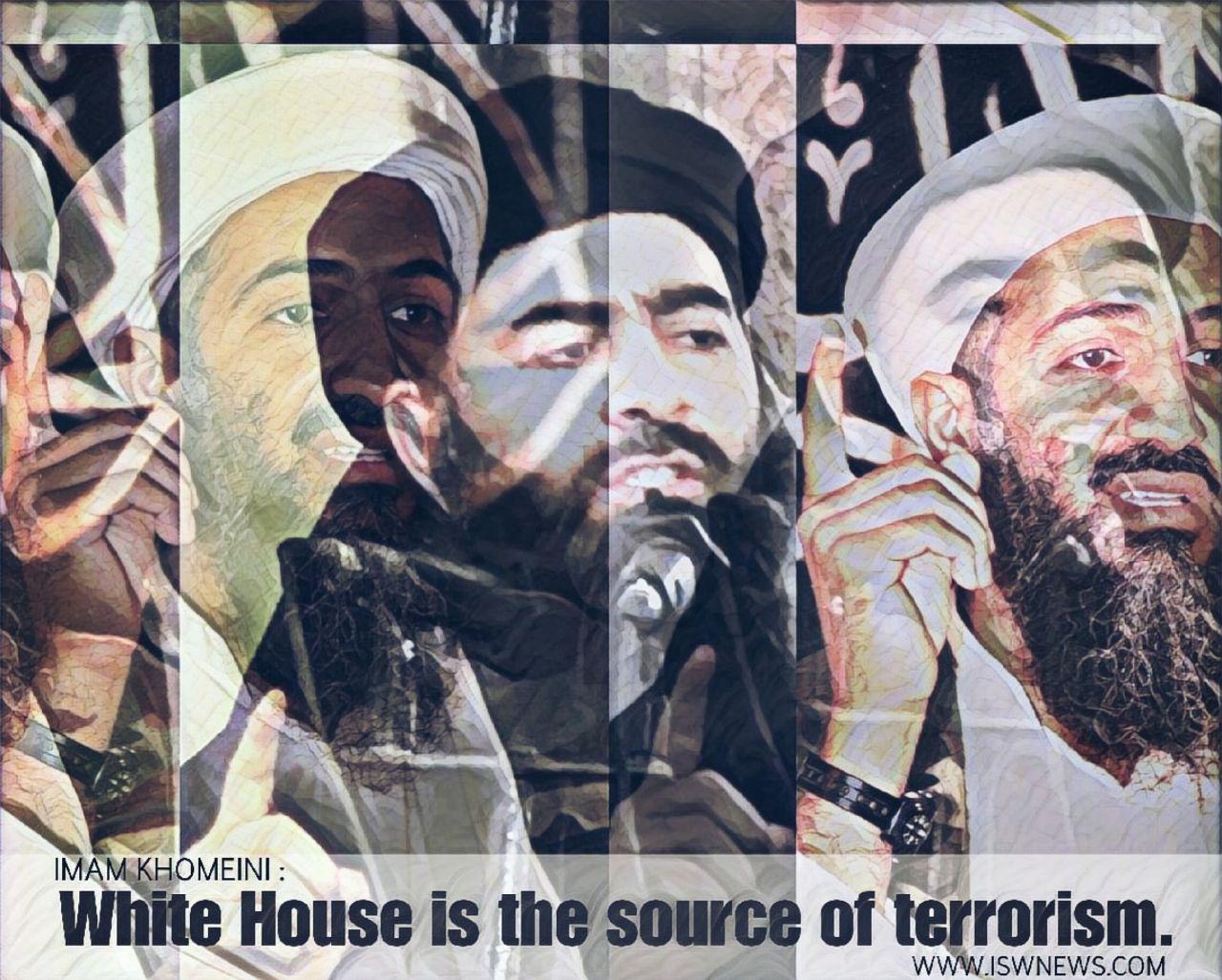 They said we threw the body of Osama bin Laden to the sea! Now they say Abu Bakr al-Baghdadi exploded himself!

Means don’t look for body of bin Laden nor expect the body of al-Baghdadi to be shown.
After bin Laden al Qaeda survived and ISIS will survive after al-Baghdadi , too!

“Those who oppose assassination, they are roots of it. The spring of terrorism is the White House. USA, this born terrorist, is a government which set the whole world on fire and its ally is Zionism.” Imam Khomeini