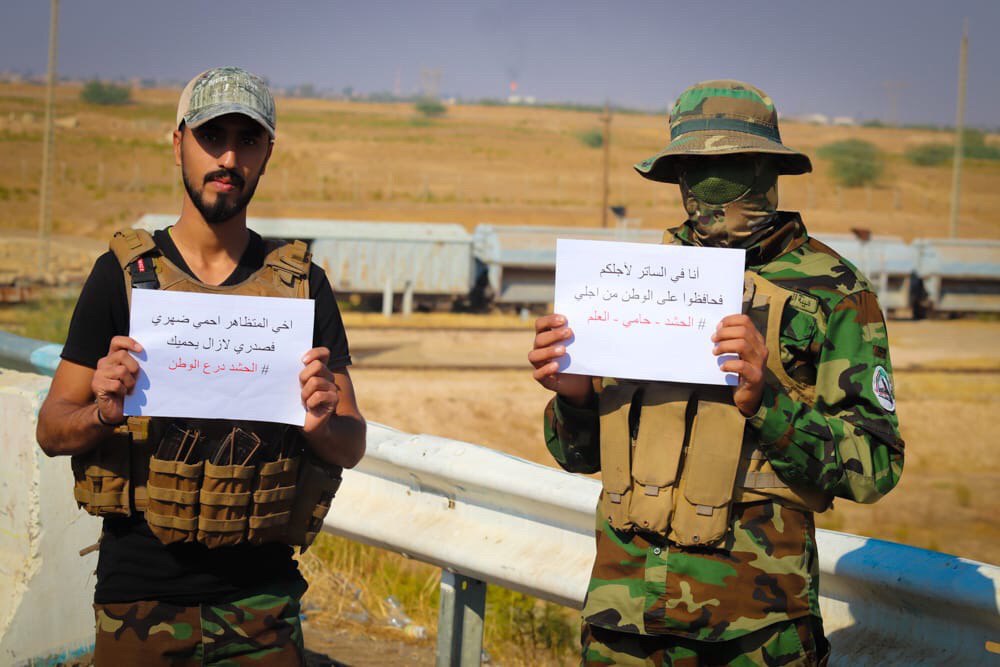 Qais al-Khazali: “Early election in Iraq is an American plan.”

– US demanded immediate election in Iraq.

– The White House asked Iraqi government to stop the violence against protesters and fulfill promises of the President to pass the election amends and hold the early election, in a statement beside the UN.

– The President office finished the draft of new election bill.

– The presidency finished draft of new election bill with the help of Iraqi experts and UN envoys.

– In this bill the Justice Department election committee and experts are returned without partisan shares.

– Also reduces the number of Members of Parliament by 30% and the age of candidacy to 25.

– Ayatullah Sistani in meeting with UN envoys:
“I am afraid responsible parties do not have enough determination to do any real reform.”
Marja of Shia emphasizing on real reforms in a reasonable time and showing interest in recent proposal by UN envoys, showed concern if there is real determination among responsible parties to do real reform.
In this meeting it was mentioned that the three powers of Iraq; executive, legislative and justice cannot do necessary reforms or they do not want to. It should be thought to use other means for reforms since it is impossible to continue with the same situation as before the protests.
Ayatullah Sistani insisting on ending the violence against peaceful protesters, demanded arrest and interrogation of them and to punish those who did against the law and religion, and expressed he is against foreign interference in Iraq and to make Iraq battle for regional and international score settling.

– Muqtada Sadr addressing Americans:
“If early election is under supervision of Americans, I won’t be silent. We do not let USA to surf and turn Iraq into another Syria. If US interferes again, we end its age in Iraq with a multi million protest.”

– Most of the protests were taken place in Basra and Dhi Qar, reportedly.

– Meeting of heads of three powers and head of Justice High Council.

– Spokesperson of Iraqi armed forces:
Rejecting any use of bullet to target Iraqi protesters.
Baghdad is safe and no one was killed in al-Khalani square.

– Dhi Qar Governor:
“According to the procedure, security forces did not use weapon to confront protesters in Naseriyah.
Unknown parties opened fire on protesters.”

– Some points about the new election law:
1. Reducing the number of seats in Parliament to 222.
2. Election committees form from departments and not quota.
3. Uniform law of election (the law was exposed to change by request of parties).
4. Members of the committee: Governmental Advisory Council, Judicial Council, Academics, Political science experts, Information Technology, Judicial .
5. Limiting the election sites; it will be limited to each town in a province.