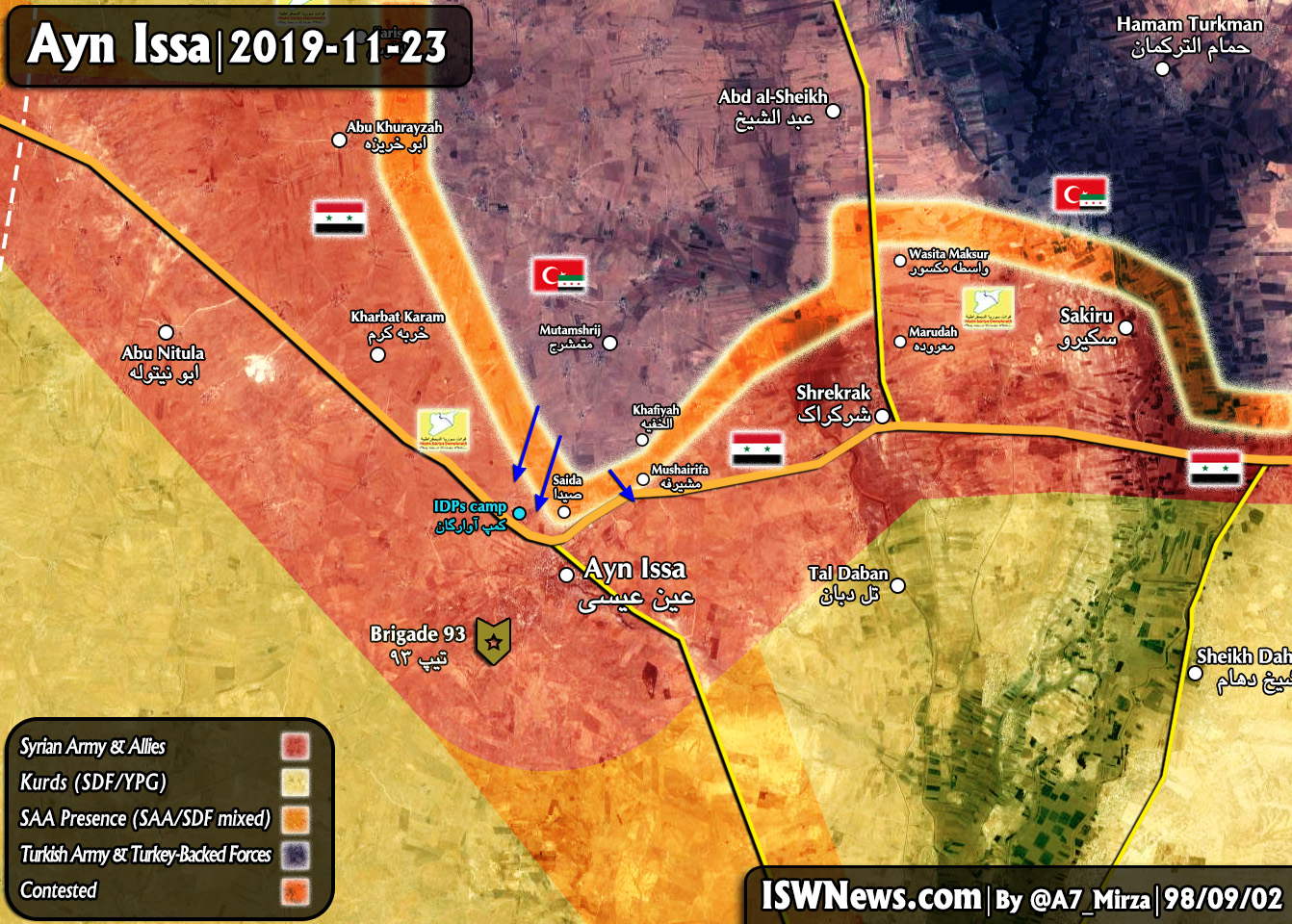 ISWNews Analysis Group: Today on 23 November, the militants with Turkish Army heavy air and artillery support have begun a large-scale attacks to capture Ayn Issa in north of Raqqah province.

Ayn Issa and the “Brigade 93” are the main base of the Syrian Army in the northern province of Raqqah, which they entered it after agreeing with Kurdish forces.

It should be noted that Turkish mercenaries (TFSA/FSA) managed to seize the IDP camp in the northwest of Ayn Issa But shortly thereafter, the Syrian Army and the SDF were forced them to retreat with heavy counterattacks, and as of this writing, heavy fighting over control of the IDP camp continues.
According to local sources the camp suffered heavy damages due to clashes.