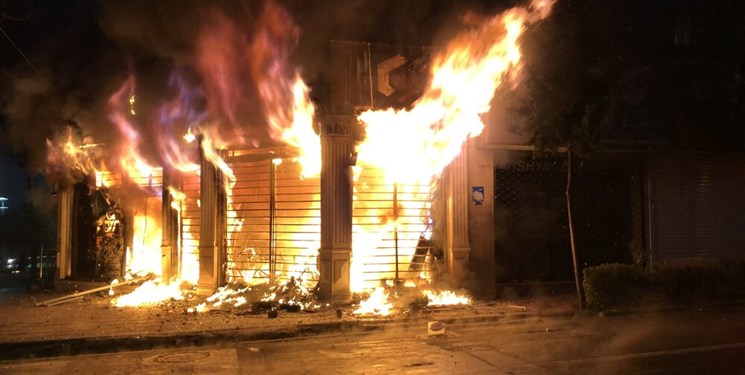 Why gas price increased in a night in Iran and even Parliament Members did not know about it? The head of national security and foreign police commission of the Iran’s Parliament was unaware of it and tried to prepare the bill of impeachment of President Rouhani and Head of Parliament. However, what happened was beyond the issues to inform the Parliament Members. To clear the issue we look deeper at the incidents.

It is a few weeks that we are talking about Spider and Nimrod plan(remember these names), which according to its designers is a sophisticated plan to turn down the government in Iran. Don’t forget the statement of the Saudi crown prince who said that we bring the riots to Iran. Muhamad Bin Salman never ignored the multi billion dollars he spent to turn over Iran’s government and he had great hope in the network designed by “MEK”and intelligence services of Britain and Israel.

The goal of “spider plan” was to use soft war to destabilize Iran up to three years. Some of the means to be used are political, economic, financial, cyber, media and juridical war against Iran to change the government of Tehran, according to Saudis, until (according to Saudis) the government of Iran does not support their allies, does not threaten the stability of neighbors and does not develop nuclear capabilities.

These are exactly what Adel al-Jubeir announced in a series of tweets on early october. He wrote in his twitter: I repeat the stances of Saudi Arabia again maybe (Iran’s leaders) have heard it; stop supporting terrorism. Leave the policy of riots and destruction and stop interfering in domestic affairs of Arab countries. Stop developing weapon of mass destruction and ballistic missiles and behave like a normal country not an outlaw and supportive of terrorism.

However, Saudi court follows three goals by the “spider plan”:
1. Turning people’s troubles into public demand for change of regime using media and social media,
2. Coordinate the social uprising and conducting vast protests against the government,
3. Engineering the revolution in Iran by defining the turning point of the revolution and preparing the substitute leaders for Iran!

The spider plan was followed in two parallel paths; the first which is for three years to destabilize the situation in Iran in short term and change the government in long term. The second is a short term goal for up to 12 months to send the message to Iran that they will pay for their interferences in the region and their opposite has the power of deterrence.

Another aspect of the spider plan is the military and security aspect of it. According to this part, some people should be hired and trained for military purposes abroad. The transportation usually takes place via Turkey and after people are selected they are sent to Turkey and moved to another country after it. They would spend several weeks there to learn how to networking and to be military trained and then send back to Iran. The plan was for more than two years and after incidents of 2017, they learned social movements are not enough due to security power of Iran and also lack of interest of most people.

In the last two months several important incidents happened. One was arresting the head of Amad News who had great information due to his relations and connections to several intelligence services, the second was Turkish President’s words who said that riots would reach Iran after Iraq and Lebanon! Erdogan did not sit still and gave Iran many first hand information probably; one of them is about observing Iranians who traveled to Turkey and then to a third country for training and they did not stay away from MIT’s eyes(Turkish intelligence service). According to reliable information, Turkey has provided a list of these individuals to Iran.