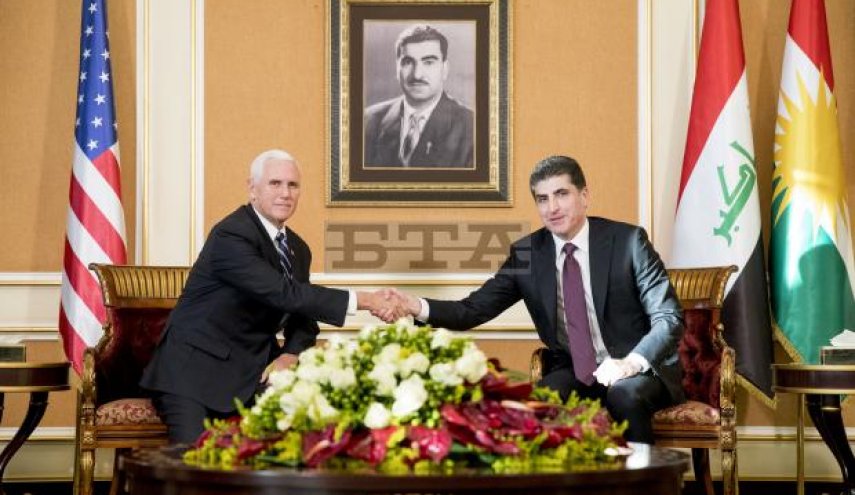 Vice President Mike Pence’s unexpected trip to Iraq. After visiting US base Ayn al-Assad in Anbar province and before meeting with Iraqi President and PM he met with Nechirvan Barzani, Head of Kurdistan Iqlim in Irbil.

22 October:
Abu Ali al-Askari, Security Head of Iraq’s Hezbollah battalions:
The tear gas used in protests were bought from Serbia and used according to the instructions.
– US Airforce Commander visiting Iraq.
– Satellite network Alahad, belonged to Asa’ib Ahl al-Haq, reported ofIzzat Shabandar (Iraqi politician) abduction by UAE intelligence service.
This politician claimed a while ago that some states of Persian Gulf are arming tribes of west of Iraq and also accused UAE to interfere in Iraq’s protests.
However, Izzat Shabandar denied his abduction in his twitter. He is in Dubai and denied that he was abducted. He said that spreading such rumors is not in the best interest of Iraq’s relations with regional countries
– Airstrike to Yazidis forces (YBS) base in Khansur area, Sinjar town, west of Mosul resulted in 20 death and injured.

22 November:
Ayatullah Sistani emphasis on keeping the protests peaceful and away from any violence and destructions, respecting Iraqis blood, necessity of answering to rightful demands of protests by politicians, reforming the election law and commission of election.
– ISIS attack repelled by Iraqi forces in Hawijah area, south of Kirkuk.
In this attack three forces martyred.
– Qatari Emir supporting Iraqi government, announced.
Tamim bin Hamad Al Thani said in a phone call with PM Abdul-Mahdi that they will stand beside Iraq and supports Iraqi government facing challenges and endeavors to implement security and stability of Iraq and also fulfilling people’s demands.

23 November:
Vice President Mike Pence’s unexpected trip to Iraq.
After visiting US base Ayn al-Assad in Anbar province and before meeting with Iraqi President and PM he met with Nechirvan Barzani, Head of Kurdistan Iqlim in Irbil.
– Iraq’s Communications Committee announced of seizure of nine domestic and international TV networks and five networks got warnings.