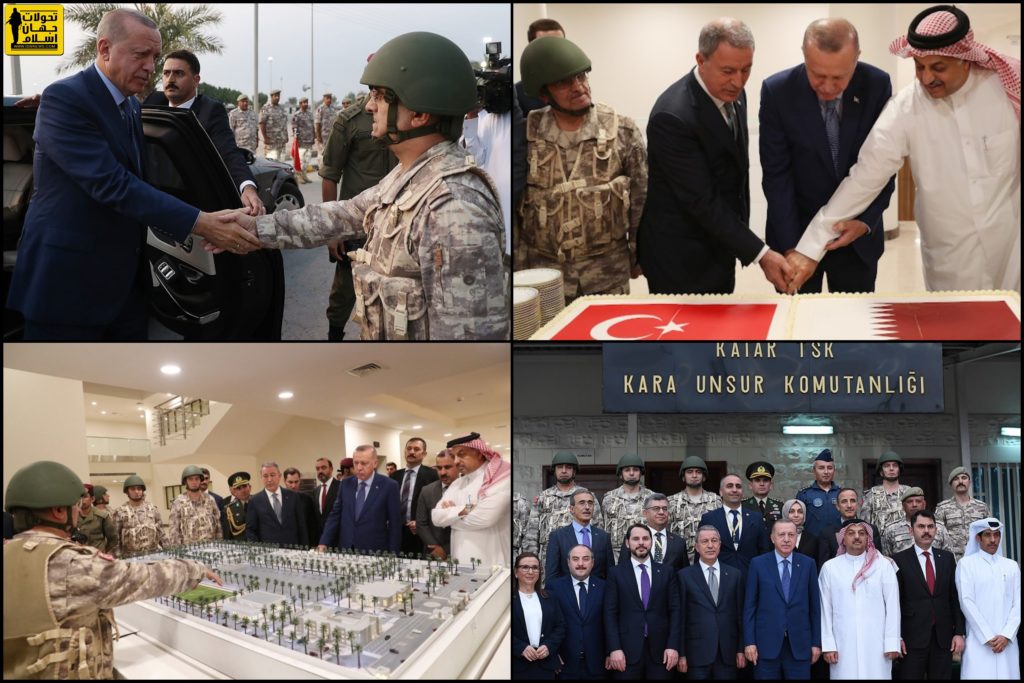 Recep Tayyip Erdogan said:
– There is no difference between Turkey’s and Qatar’s security, Turkish forces have an important mission of 2,200 years in the Persian Gulf and this was to defend security of Qatar and stability of Persian Gulf.
– Those who criticize Turkey’s presence in Qatar and demand closure of our bases in Qatar, don’t understand that Doha stood beside us in difficult days.
– The first Turkish base in Qatar was opened in October 2015 and was called Qatar-Turkey Joint Command.
The second base was inaugurated yesterday.
– Strategic relation between Qatar and Turkey expanded in all fields after Qatar was sanctioned by Saudi Arabia, UAE, Bahrain and Egypt from 5 June 2018 until it is safe to say these two countries form a coalition beside Saudi coalition in the region. This coalition is expanding its influence in Syria, Libya, Tunisia and other countries of west of Asia and Africa.
– In this relationship, economical strength of Qatar and its oil and gas resources are interesting for Turkey and Turkey’s military support, economic capacities and influence in the countries of the region are interesting to Qatar.