Latest Updates on Iraq in the Past Week 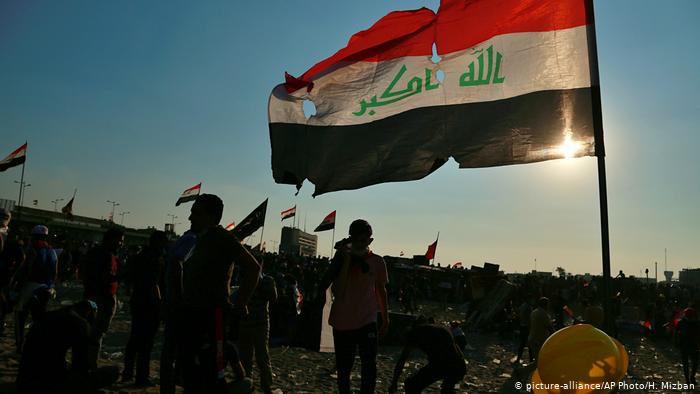 UN Commissioner for Human Rights in Iraq: In the two months since protests started 460 people died and 17 thousands wounded.

– Abu Mahdi al-Muhandis, deputy of Hashad Sha’abi, emphasis on the force preparation to confront all ISIS groups in all the areas. al-Muhandis: “we do not permit ISIS to return under any circumstances to threaten our country and people’s security.”

– UN Commissioner for Human Rights in Iraq: In the two months since protests started 460 people died and 17 thousands wounded.

– Adil Abdul-Mahdi: “Our resignation was a solution to the current crisis and calm it demanded by Marja. We delayed our resignation because the country was facing a more dangerous crisis.”

– Kahim al-Zamili, a leader of Sadr movement:
ISIS is planning to attack Hout prison. Six thousand terrorists were executed in this prison.

– Speaker of the Parliament asked the President officially to propose the candidate for PM position in 15 days.

– Mustafa al-Naji, a member of Iraq’s Parliament investigation: From 29 September so far, we spotted 67 fake news regarding the protests, 38 suspicious news, more than 100 fake photos, statements and letters and 22 footages of older incidents that were attributed to protests in October, seven footages of Syria used for Iraq, 8 fake news of death of protesters and 13 times lying about government officials.

– Report of Iraq’s Commissioner regarding the claim that there were prisoners in shrine of martyr Hakim:
… after several hours of searching the building of shrine, school, university and hotel of the complex while an anchor of a French press was accompanying us, no sign of arresting and keeping people in the buildings and underground found and we only saw the high amount of destruction there.

– Repelling ISIS attacks for the third time by Hashad Sha’abi.

– Saerun fraction with leadership of Muqtada Sadr ignored his right to select the Prime Minister while they have the highest number of seats.