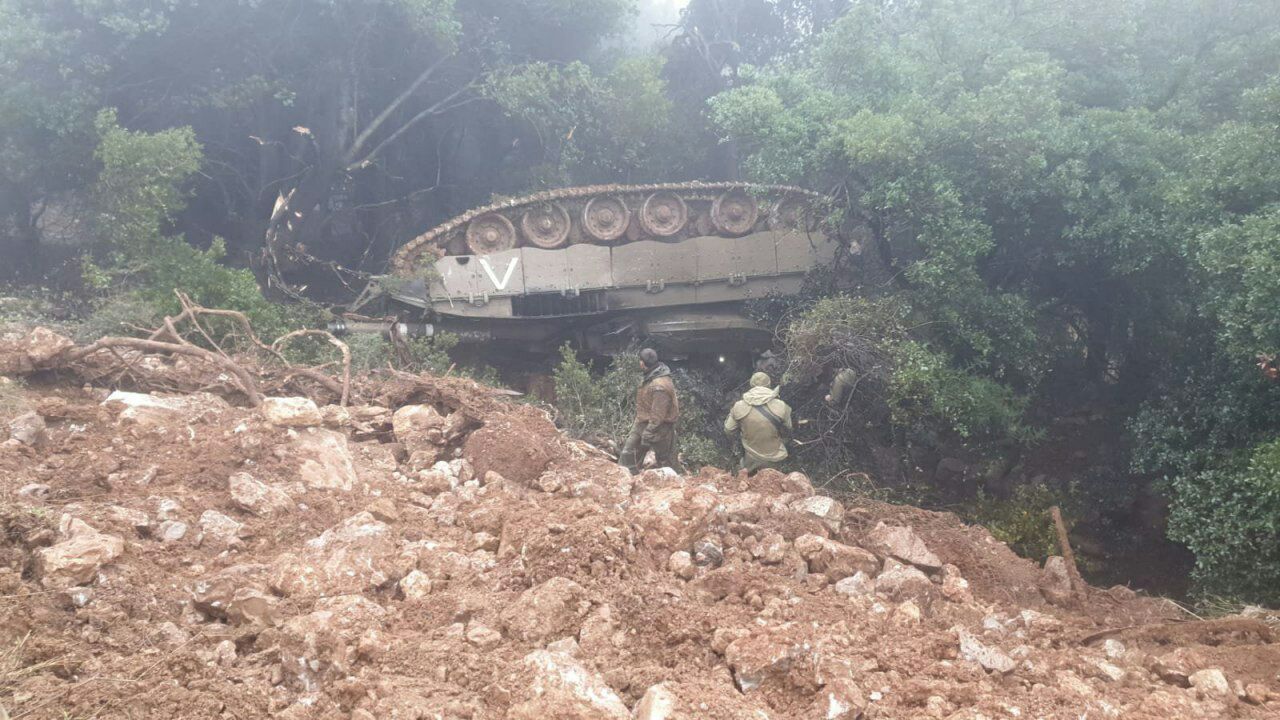 During the drills of Israeli army yesterday near border with Lebanon, a Merkava tank lost its control and capsized.

Merkava means chariot in Hebrew and its design dates back to 1973. Models 1 and 2 used a 105 mm cannon and models 3 and 4 use a 120 mm cannon. It was used in 1982 war against Lebanon.
The latest version is produced since 2004 and uses advanced technology.
During the 33 days war, Hezbollah warriors destroyed more than 50 Merkavas.