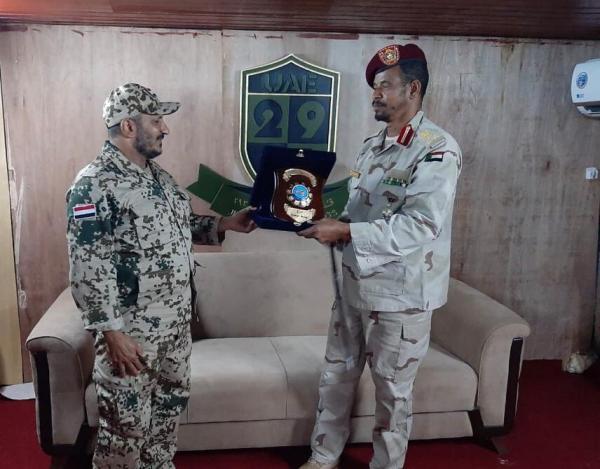 “The forces are returning to Sudan and to appreciate their participation in confronting Iran and it’s allies (i.e. Ansar Allah), the medal is rewarded to their commander”, Saleh twitted.

P.S. Sudanese participation in Yemen has two main points:
1. 5,000 casualties confronting Ansar Allah.
2. Looting and assault of Sudanese in Mocha and Khukhah.
For which of them did Saleh rewarded them?!