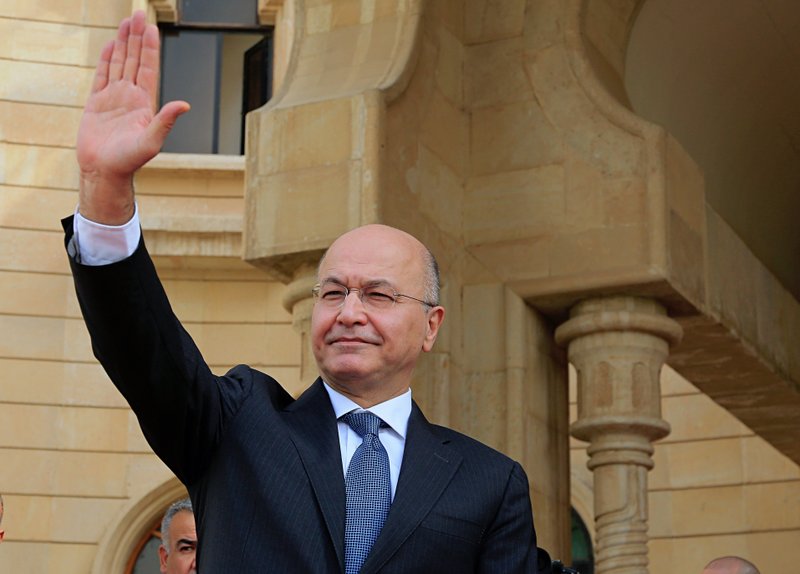 After days of struggle finally yesterday Iraq’s biggest fraction, i.e., al-Bana coalition introduced a new candidate to the president who was confirmed by Saerun movement led by Sadr as well.
According to Iraq’s constitution, the president is responsible to introduce the prime minister but Barham Salih in a message mentioned he received several controversial letters from the big fraction of the parliament refused to introduce the prime minister and sent his resignation.

While Iraqi media talk about USA pressure on Barham Salih, he is greedy to succeed Jalal Talabani, thus to participate in Patriotic Union of Kurdistan party election, he is going back and forth between Baghdad and Sulaymaniyah.

Basically the reason behind his resignation is unclear like his other decisions such as refusing to introduce the majority fraction of the parliament, objecting Qosai Soheil and al-Eidani, etc., which are against his vow to protect people’s blood.

Barham Salih’s resignation not only does not help to solve Iraq’s issues but also puts fuel on Iraq’s discords. Seems protests in Iraq and Lebanon are USA projects that by forcing the elements dependent to them to resign make keep these protests heated.