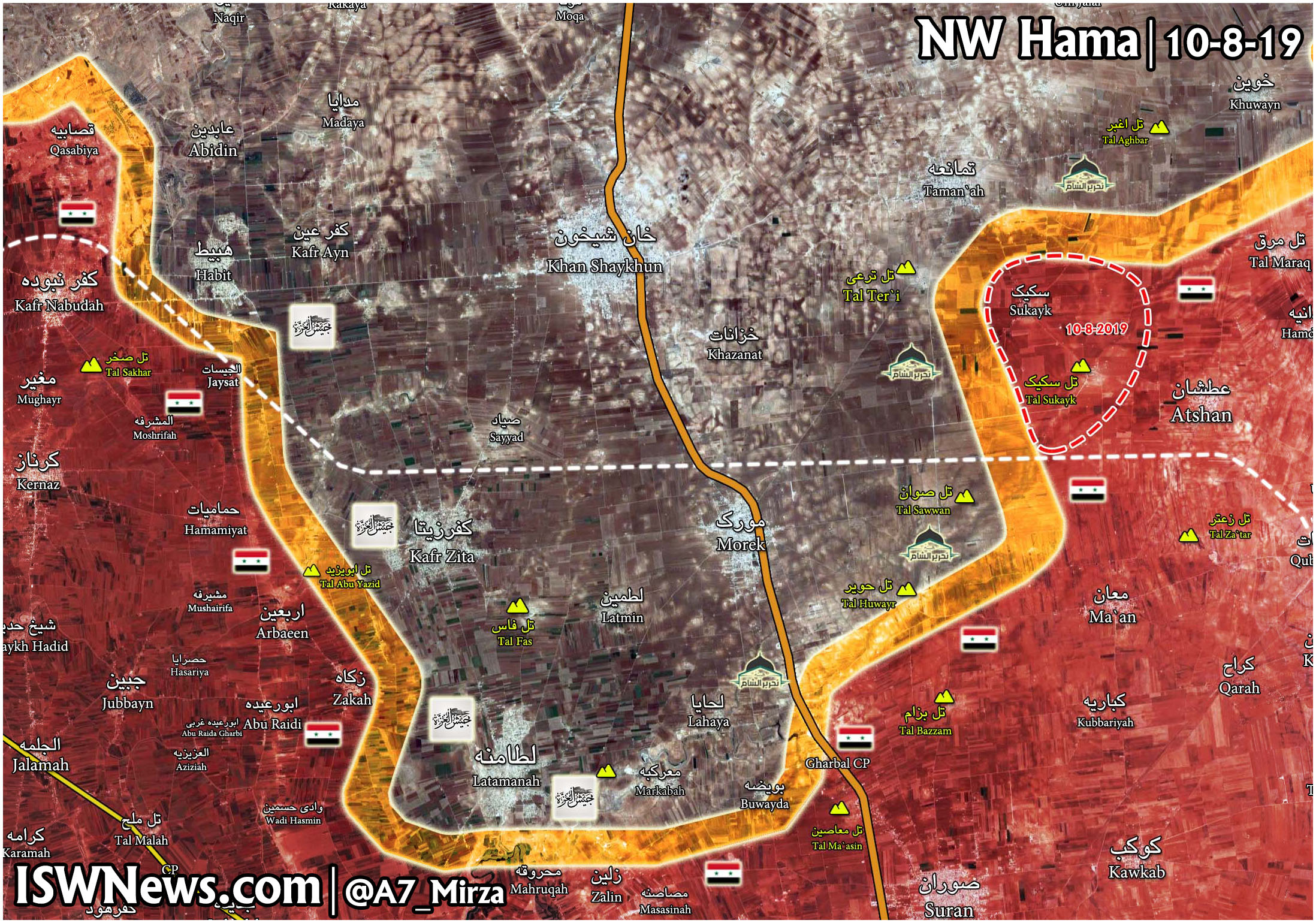 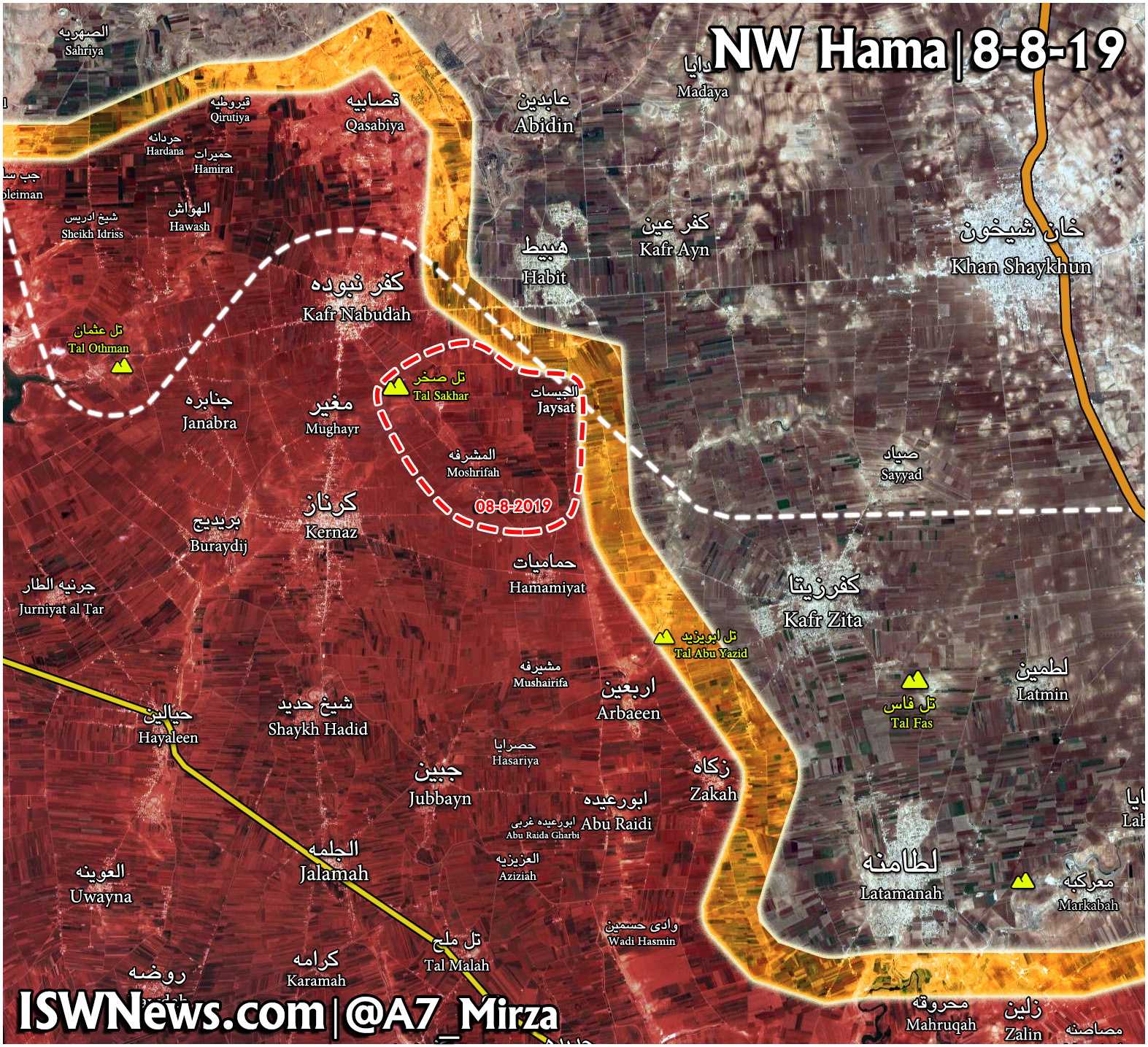 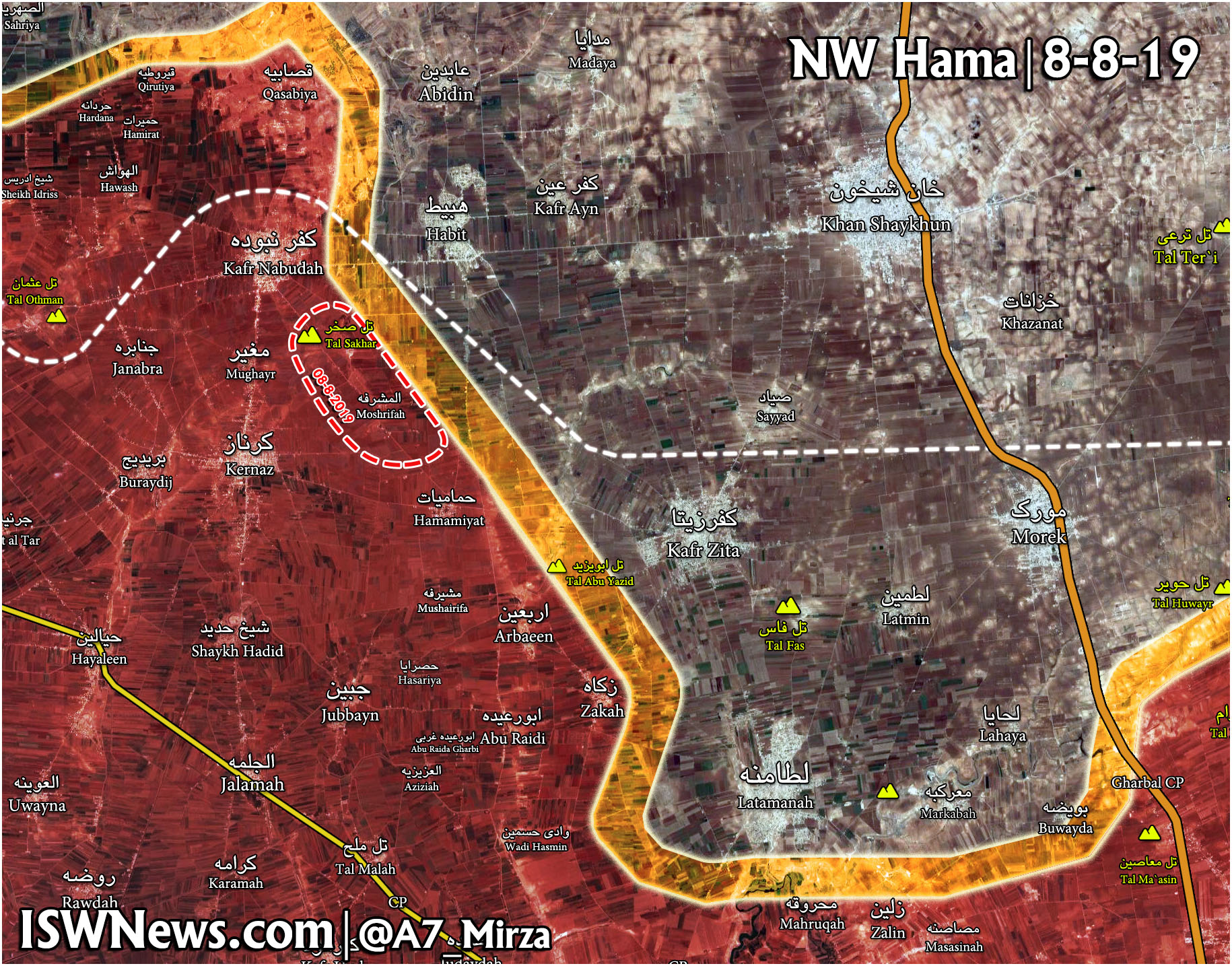 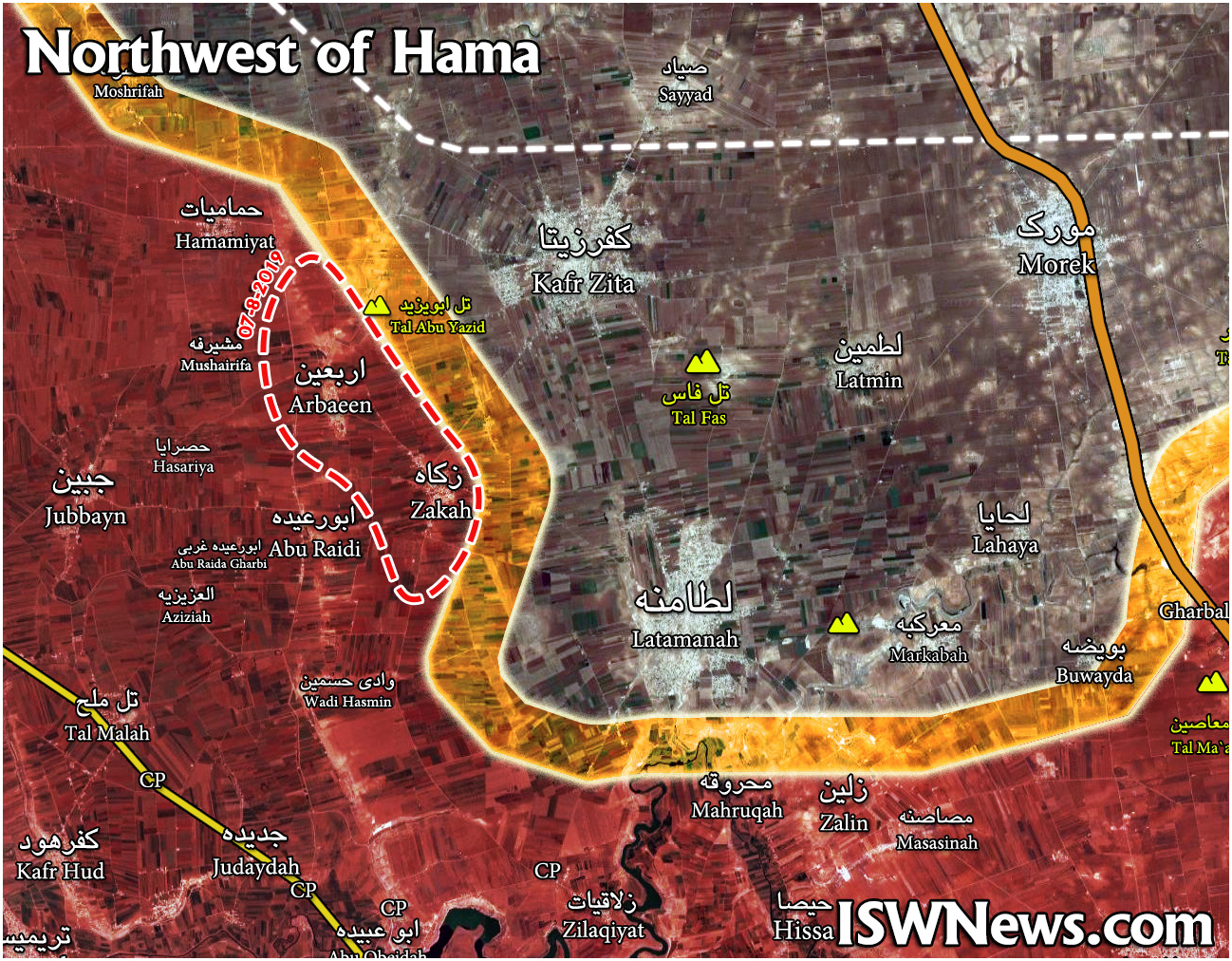 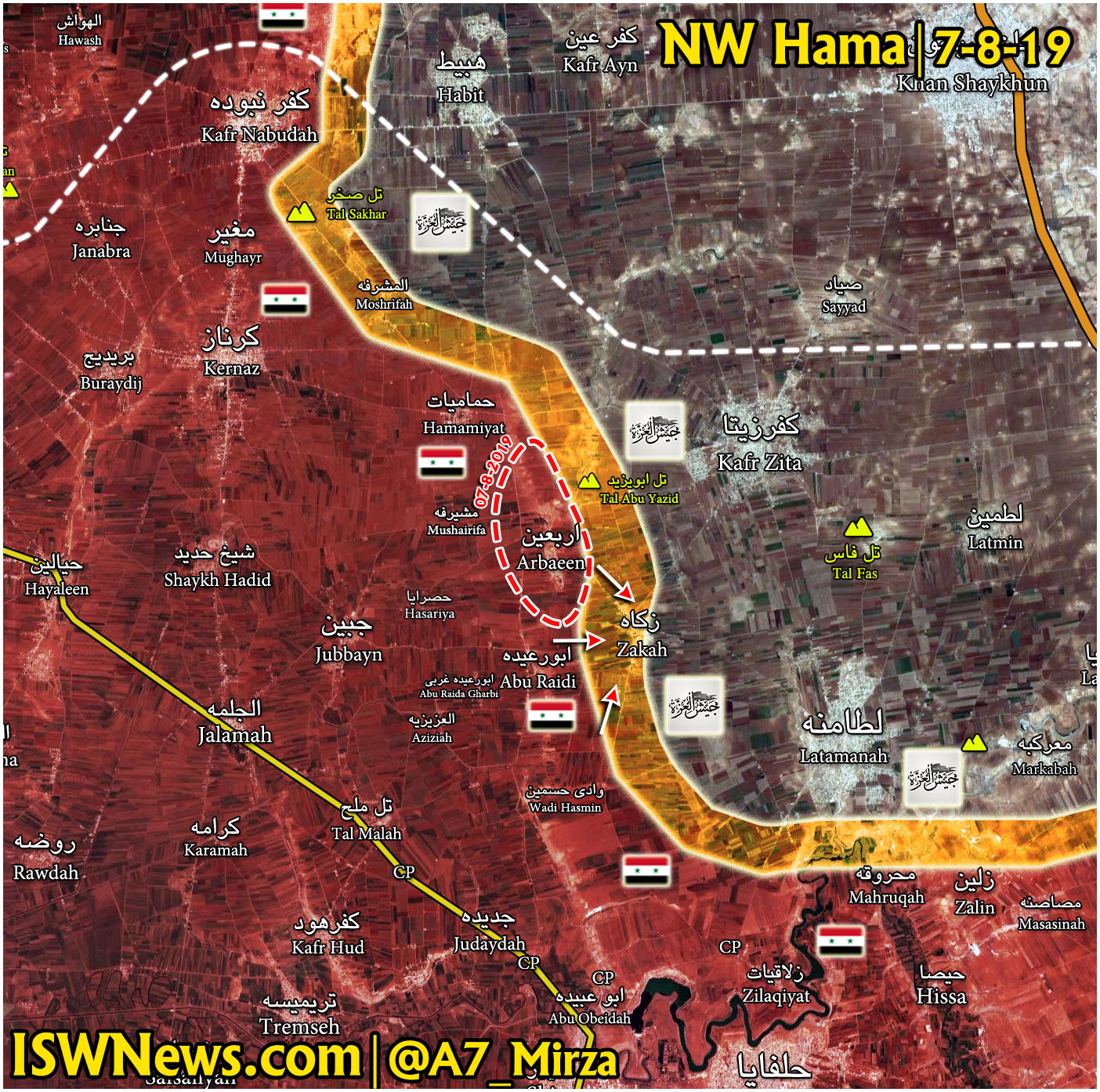 Map: Latest Updates on Military Situation in Northwest of Hama and South of Idlib, 3 August 2019

ISWNews Analysis Group: Russia gave Turkey 24 hours to evacuate its militia from DMZ of Idlib, otherwise Syrian Army resumes the operation in northwest of Hama and south of Idlib. 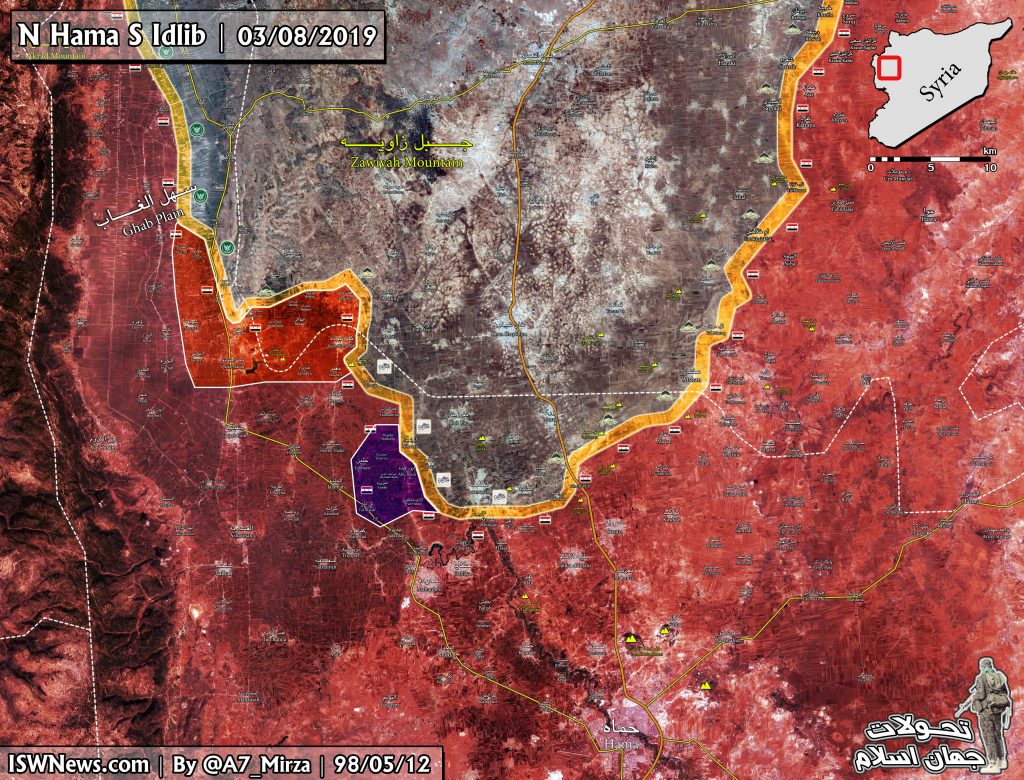 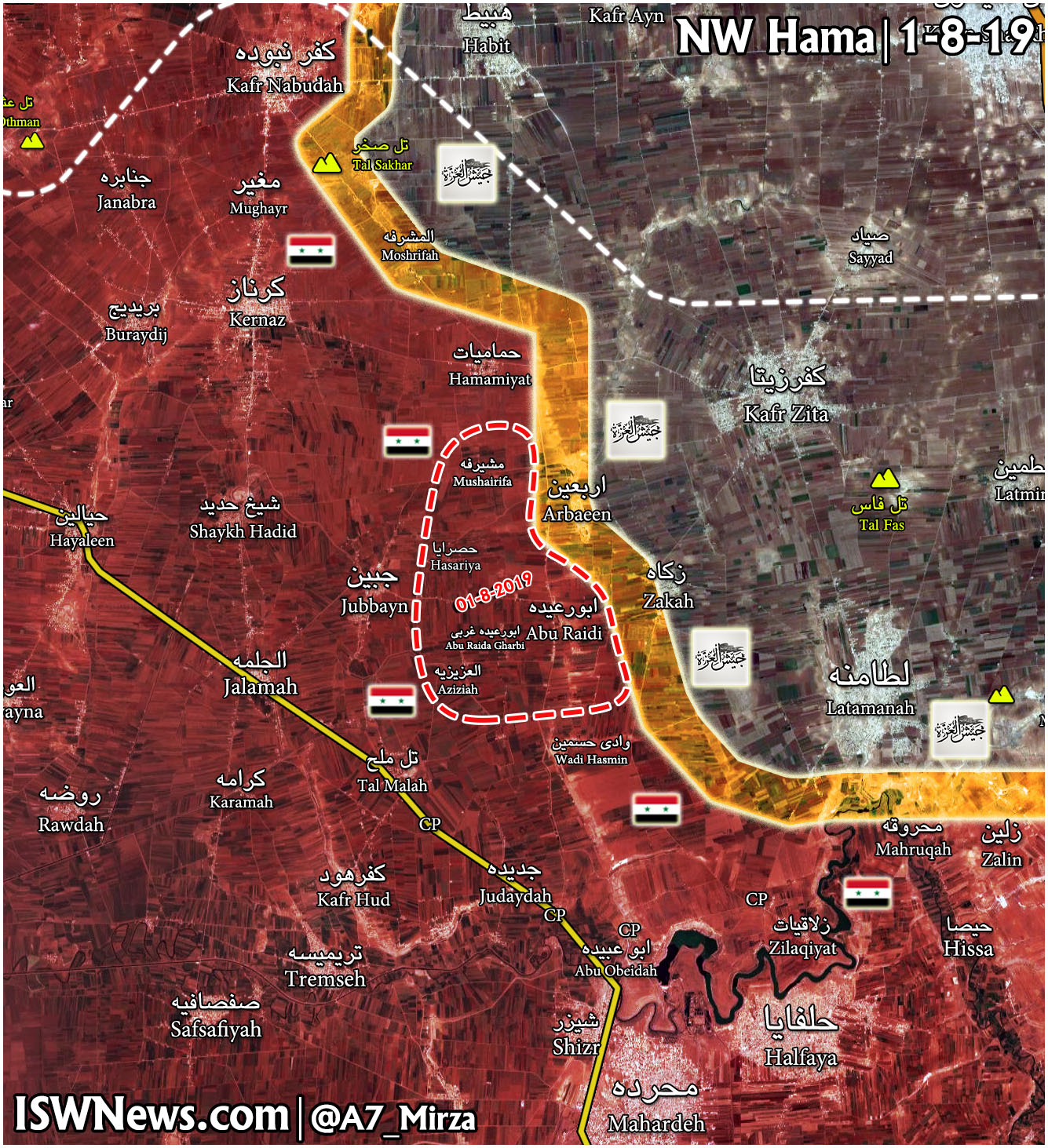 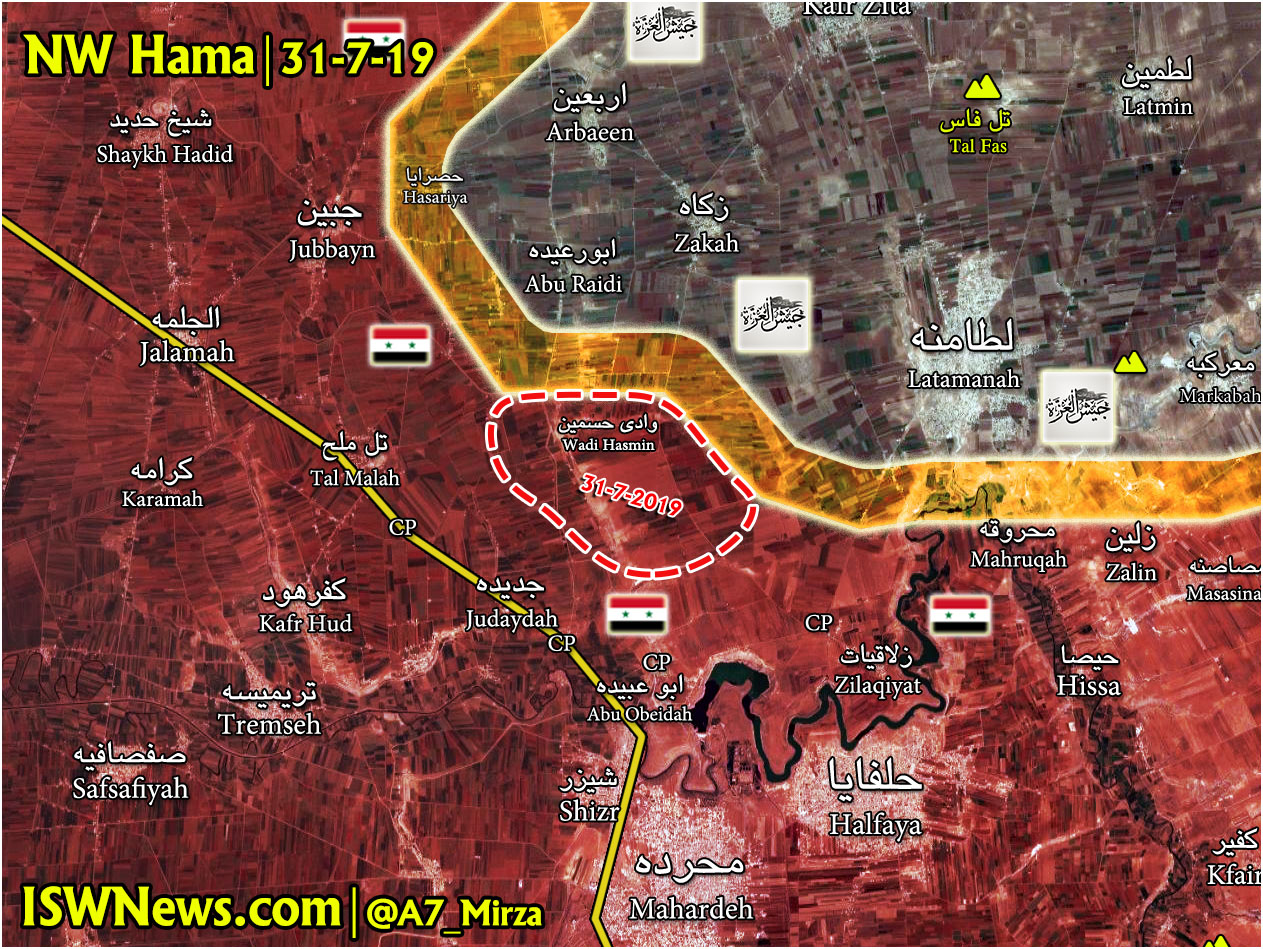 According to Abkhazian Network News Agency ANNA, on July 18, terrorist groups were preparing a powerful offensive against the positions of government troops in Qassabiyah, northern Hama. Militants threw ammunition and reinforcements to the front line and they wanted to start attack with powerful shelling of makeshift missiles “Elephant”. But the preparations of the terrorists were observed from the air, and airstrikes were launched against them.

ISWNews Analysis Group: Syrian Army recaptured the important hill of Tal Hamamiat in the northwest of Hama province after 24hours of heavy clashes from militants.

ISWNews Analysis Group: On Wednesday, the various groups of militants have launched a massive attacks against Syrian Army positions on Hamamiat fronts and could capture this village and its strategic hill. 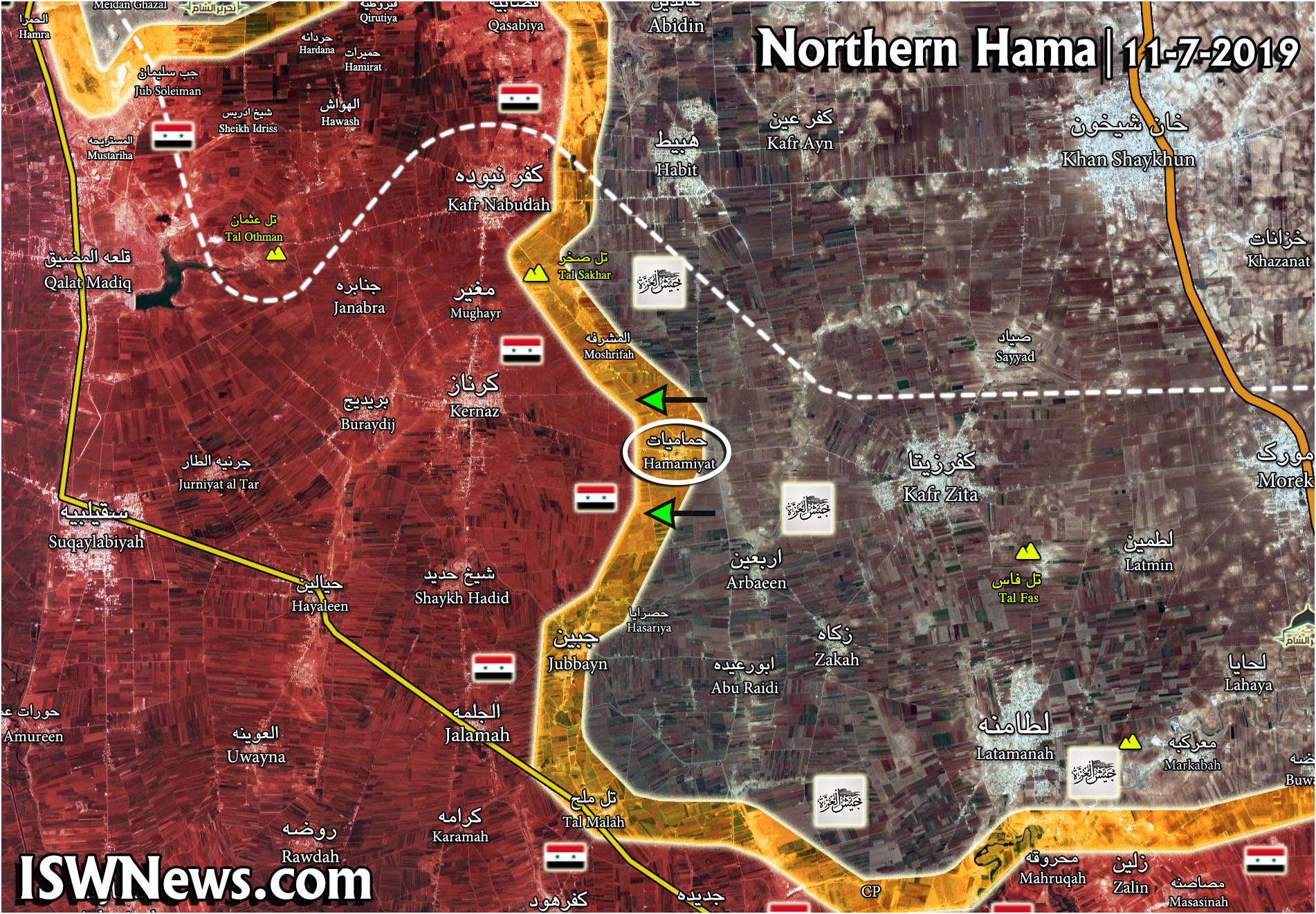 Tensions Increase in Northwestern of Hama

Today Turkey observation post has been targeted by artillery fire in Sher Mughar. This attack took place while a new Turkish troops had entered the area. 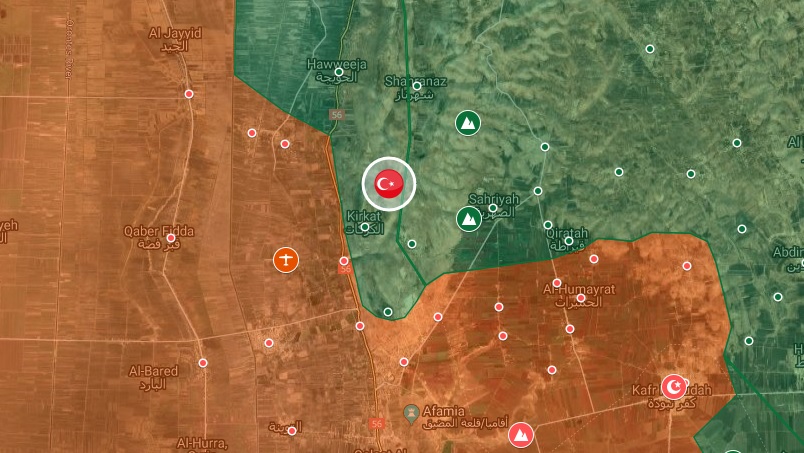