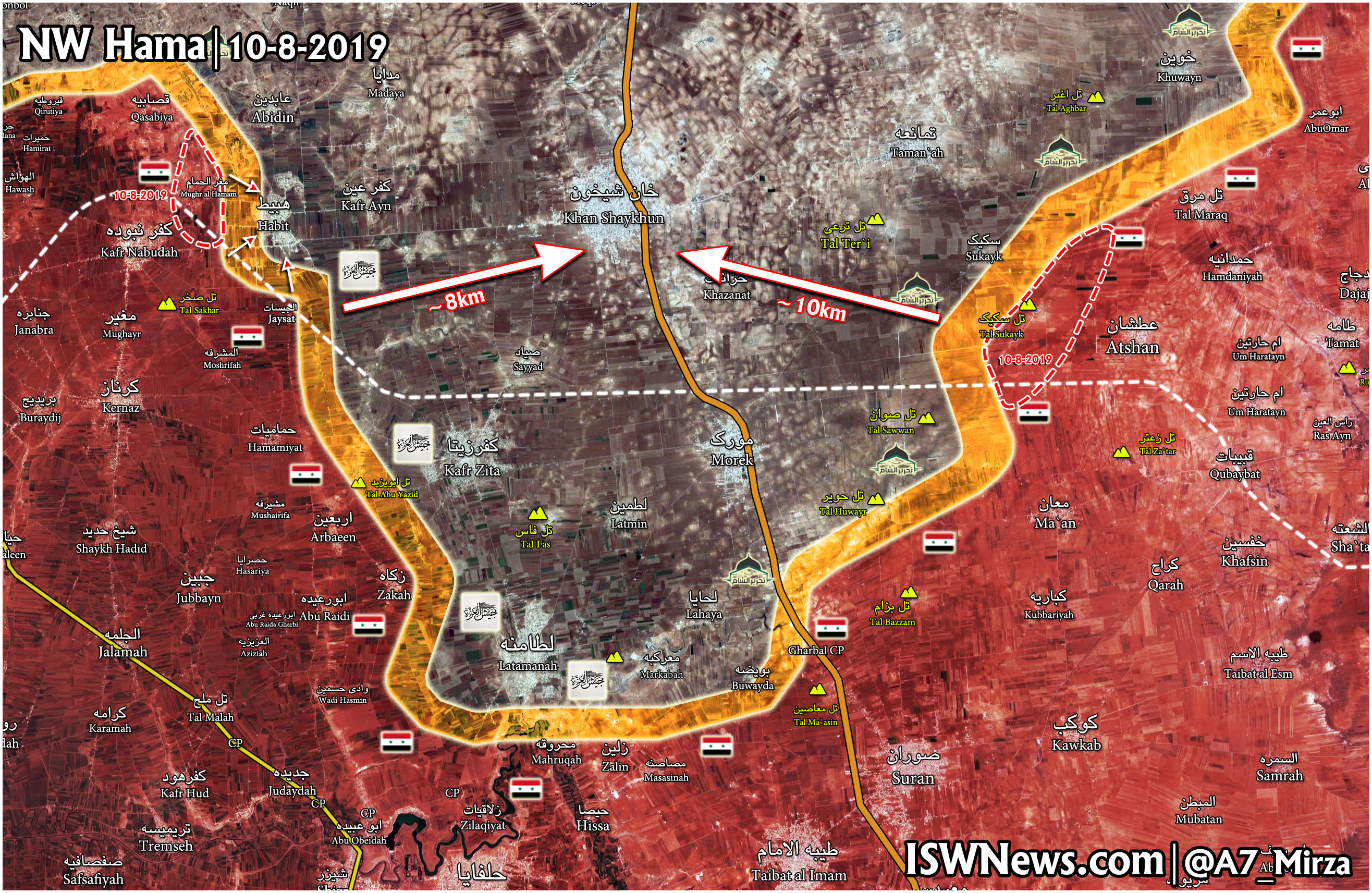 Currently the clashes ongoing in the outskirt of Hobit town and the Syrian artillery pounding the area severely. Its likely that tonight or tomorrow the Hobit will fall under the Syrian Army control.

Also today the Syrian Army captured the important hill of Tal Sukayk in the southeast of Khan Sheikhun. Following the advances, militants carried out a counterattack to recapture the area, but the attack repelled by the Army. Also terrorists used a VBIED against the Syrian Army positions near the Tal Sukayk.

At the moment, the closest distance between the SAA forces to the Khan Sheikhun city is 10km from the east and 8km from the west.

The militants are clearly destroyed in terms of manpower and equipment; they are in very bad shape and the Syrian Army, while maintaining the main course of operations, selects the weakest points to attack the militants . Al-Julani may now have realized what a great mistake he made by not accepting the ceasefire…