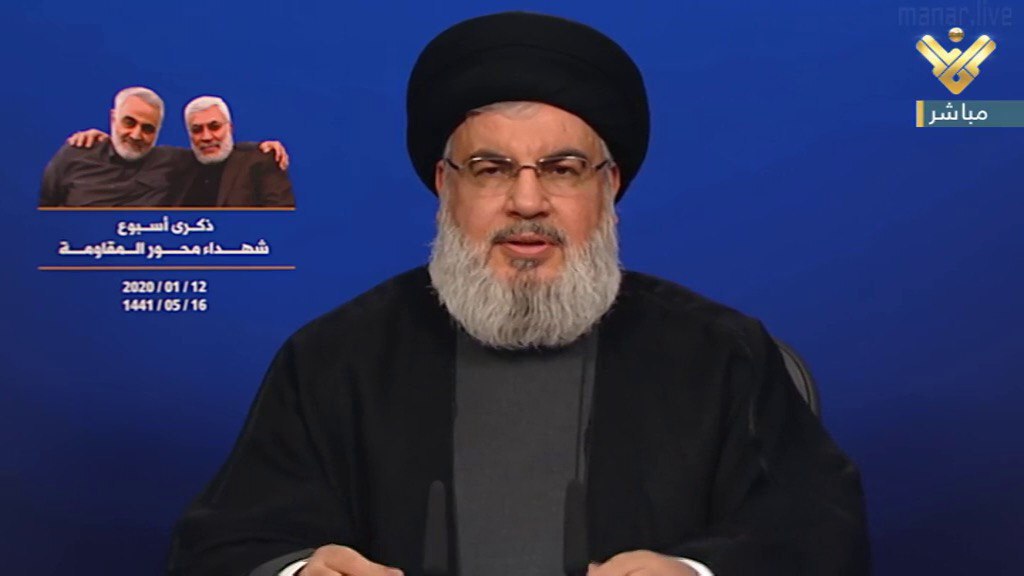 Nasrollah: The only alternative of going back vertically is going back horizontally. No other way!

Secretary of Hezbollah said:
– Hajj Qassem was here with us before going to Iraq. Abu Mahdi al-Mohandis called and said Haj Qassem should not come to Iraq. The situation is not good here. Haj Qassem answered I know it’s not good but I still come. Martyr Mohandis in despite of knowing the situation is not good went to the airport for greeting, while it was not necessary to go personally. It was God’s will that two persons with a lot of similarities being martyred together. It was not accident.

– After Iran’s missile answer, there is this serious word in Israel that USA will leave the region and abandon us.

– Another issue that I addressed a few days ago, I repeat in another way: The only alternative of going back vertically is going back horizontally. No other way!

– Martyr Mohandis in despite of his rank as deputy of Iraq’s people immobilization(PMU), which has 120 thousand forces, considered himself student and soldier of Haj Qassem Soleimani. They were together in fighting back ISIS and God destined them to be martyred together. It wasn’t an accident.

– Which country dared to attack USA after second world war?
The awe of USA broke in the eyes of enemy and friend, they went to shelters. In despite of all his previous threats, Trump did not answer. Iraq is the first country after Iran to answer the crime of USA.

– Million people participation in funeral in Ahvaz, Mashad, Qom, Tehran and Kerman in Iran was seen by everyone.
Not only it was incomparable, but let me say there is no such nation in the world.
Some said these footages scared Trump. Trump saw millions of Iranians that came to streets and chanted against USA. One of blessings of Haj Qassem martyrdom was to show the real image of USA to people and governments.