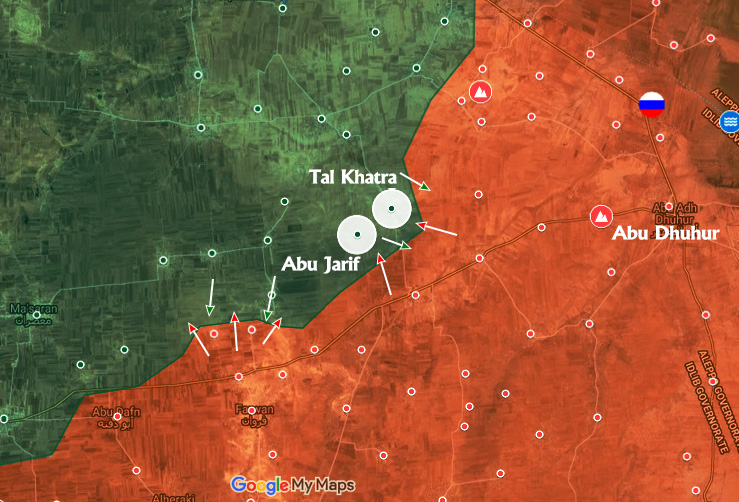 Since two days ago, the Syrian Army operation resumed in Idlib province and most of clashes is concentrated in eastern Idlib. On 16 January, the Syrian Army managed to advance and liberate Abu Jarif and Nohiya Sharqi and Gharbi, but was later forced to withdraw from Abu Jarif and Tal Khatrah by militants counterattacks.

On the other hand, the heavy bombardment of terrorist positions in western Aleppo continues, and as we said earlier, operations have begun on this axis and there is a chance of ground advances at any moment.