Extensive equipment and forces of Turkey deployed to Libya 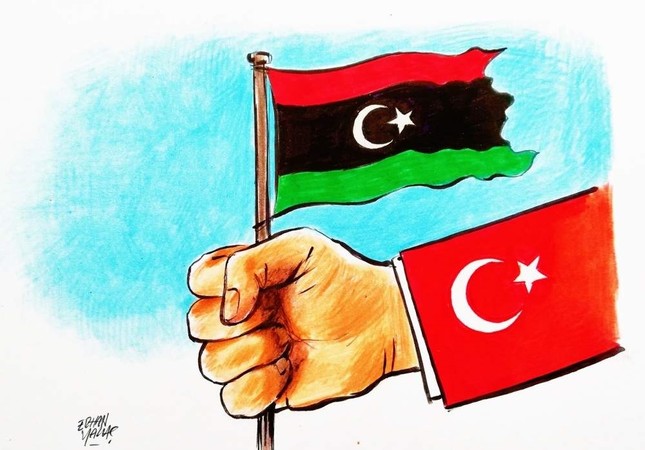 ISWNews Analysis Group: After failure of Moscow summit for the sides of war in Libya to agree, Turkey is deploying extensive equipment and forces to Tripoli to support GNA more.

According to local reports, Turkish army positioned air defense systems I-HAWK PIP-3 and MIM-23 Hawk, and other military equipment in Mitiga airport and other strategic points of Tripoli. It is said 260 more Syrian forces are transported to Tripoli.

Recep Tayyip Erdogan, Turkish president, condemning European countries and confirming the military support to GNA said:
– Turkey is continuing training forces, fighting terrorism and human trafficking in Libya.
– In case of GNA fall, Europeans will face a lot of trouble.
– Peace in Libya goes through Turkey and Europe should not let Khalifa Haftar to gain power in Libya.
– Giving the control of Libya to a warlord is a historical mistake.
– Collaboration between us and Libya, notwithstanding European indecisiveness, is the best option for Libyan administration.

After GNA retreat in battle with General Haftar led LNA, Turkey has come to the scene seriously since two months and on 2 January 2020 their parliament passed a bill to officially support GNA.
On the other hand, Egypt and UAE are supporting LNA officially. These supports resulted in intensified battle in Libya and practically it became a proxy war between Turkey-Qatar and Saudi-UAE axes.

At the moment the focus of international organizations and diplomats of related countries is on the summit of Berlin after failure of Moscow summit and Fayez al-Sarraj and General Haftar are supposed to participate, too.