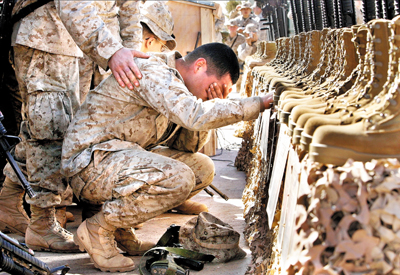 ISWNews Analysis Group: US media released just a bit of casualties due to Iran missile attack to Ain al Assad.

Business Insider reported that 11 US soldiers were transfered to hospitals in Germany and Kuwait with concussion symptoms.
On Friday US army claimed that 11 soldiers have concussion, while before it, US president and its terrorist army claim that no American was injured at all!
The Pentagon spokesperson, said that US army statement regarding evacuating 11 US military members to out of Iraq was released a few hours after informed to defense minister. He also claimed that Mark Esper was informed a week later about the casualties and then informed Trump!

P.S. Indeed the casualties are a lot more and this is just the start of revealing the truth.