Why should Americans leave Iraq? 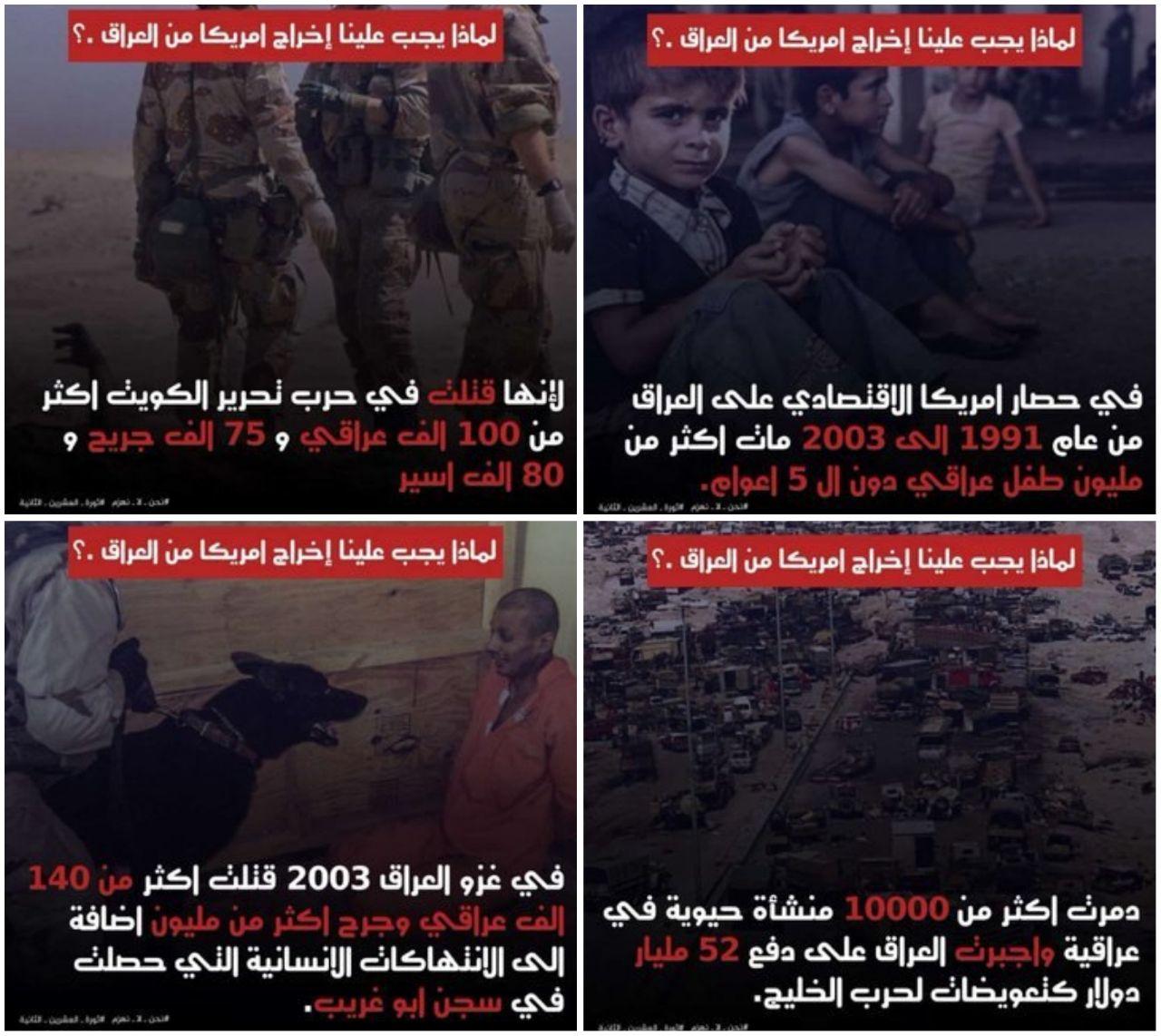 Four obvious reasons out of dozens of reasons why Iraqis should expel Americans from their country.

Sanctions:
– Due to sanctions between 1991 and 2003 more than one million Iraqi children died.

US Kills Thousands of Iraqis:
– In the second Persian Gulf war in 2003 more than 140 thousand Iraqi killed and more than one million people injured and tortured in the war or in prisons such as Abu Ghraib prison.

Iraqi infrastructure destruction:
More than 10 thousand vital infrastructures were destroyed by them and Iraq was forced to pay 52 billion dollars for the damage of Persian Gulf war.