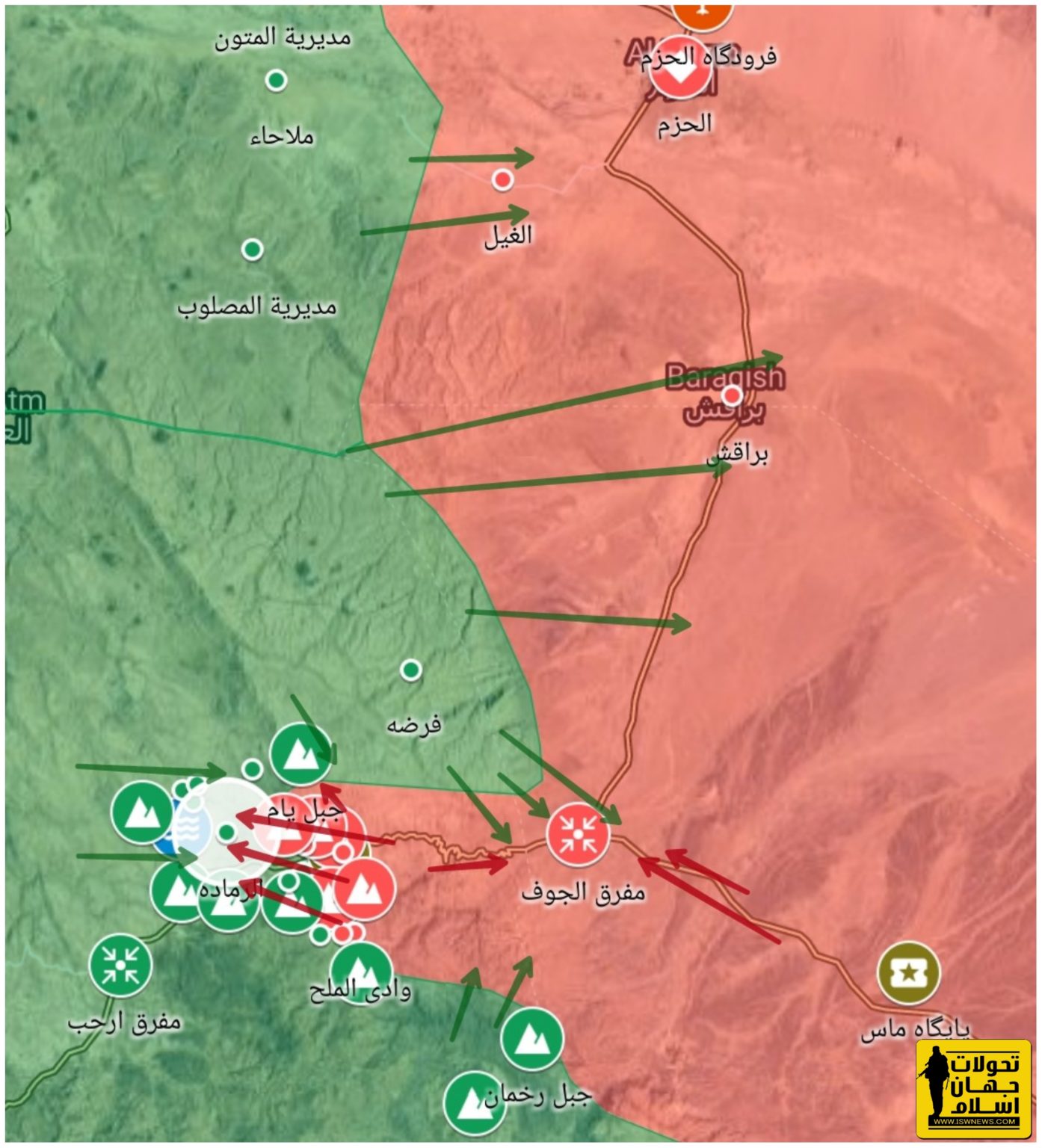 According to our field sources, Ansar Allah has done these attacks in four axes:
1. The axis of al-Ghayl to Jawf crossroad:
In this axis, Ansar Allah has advanced toward Baraghash, al-Sahari and al-Jadaan, from the northern and eastern directions and has continued the advances to Jawf crossroad, after repelling of Saudi coalition attack in al-Ghayl.

2. The axis of Farzat al-Nihm:
In this axis, Ansar Allah has been successful to cutting off the Marib-Sanaa road for hours and has recaptured the villages of al-Sharfa and al-Qaraan. Cutting off the road means blockade of the Saudi coalition in the western direction.

3. The axis of Hilan to Sarwah:
In this axis, Ansar Allah has entered Jamala crossroad, after passing the heights of Hilan and al-Mukhaddarah, and has cut off Marib road. Now, Ansar Allah has withdrew of the road and only are targeting the military convoys of the coalition.

4. The western axis of al-Nihm:
Before this, coalition forces have captured Barran, al-Mabdaah in the heights of al-Abyadh and al-Ramadah. But they have been halted in these regions, until now.

As in the past, Ansar Allah is trying to vacate the ability of Saudi coalition, by guerilla operations and blockading of enemy forces in Nihm and Hazm areas. The model of Ansar Allah confrontation with Saudi coalition in this axis, is the same as Hudaydah battles, but with this difference that coastal geography of barriers, was less in Hudaydah.
But in the Nihm front, geographical conditions are available for vacating of military ability of coalition and finally the failure of the Saudi operation.

Currently, the clashes are continuing in mentioned regions and important developments and changes will be informed in the upcoming news.