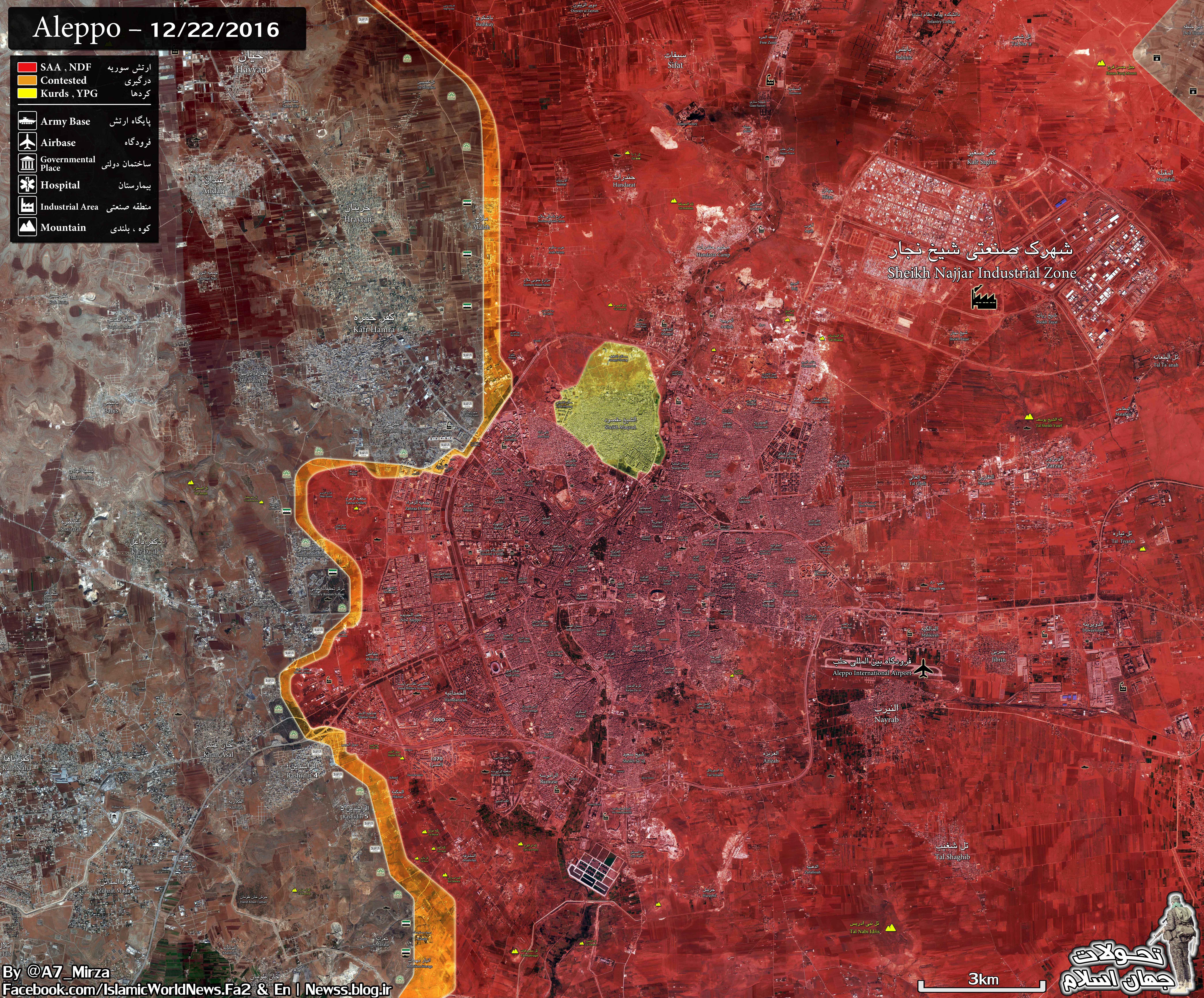 The map is from the archive and it’s about the liberation of Aleppo city on Dec 22, 2016; the western fronts of Aleppo have not changed since then.

– According to the Russian reconciliation center in Syria, 8 people were killed in militants’ shelling of western suburbs of Aleppo city.
As tensions rise in west of Aleppo and the likelihood of Syrian Army ground advance on the axis, bombing in western areas of Aleppo has increased.

– Syrian Army forces repelled militant attacks near on al-Teh front in southeastern Idlib.
The southeast of Idlib has witnessed widespread clashes between the parties in recent days.

– According to reports, Turkish border forces killed 4 civilians that were trying to cross the border from Syria near Khirbat al-Joz.

– According to reports, Turkish-led forces targeted the SDF/SAA positions north of Tal Tamr with artillery.

– Turkish-led forces targeted positions of Kurdish forces in south of Azaz in areas of Maraanaz and Malikiyah in Aleppo province.
The southern regions of the Azaz have always witnessed artillery and guerrilla clashes, and Kurdish forces conduct this type of warfare to rise the Turkey-led forces casualties.