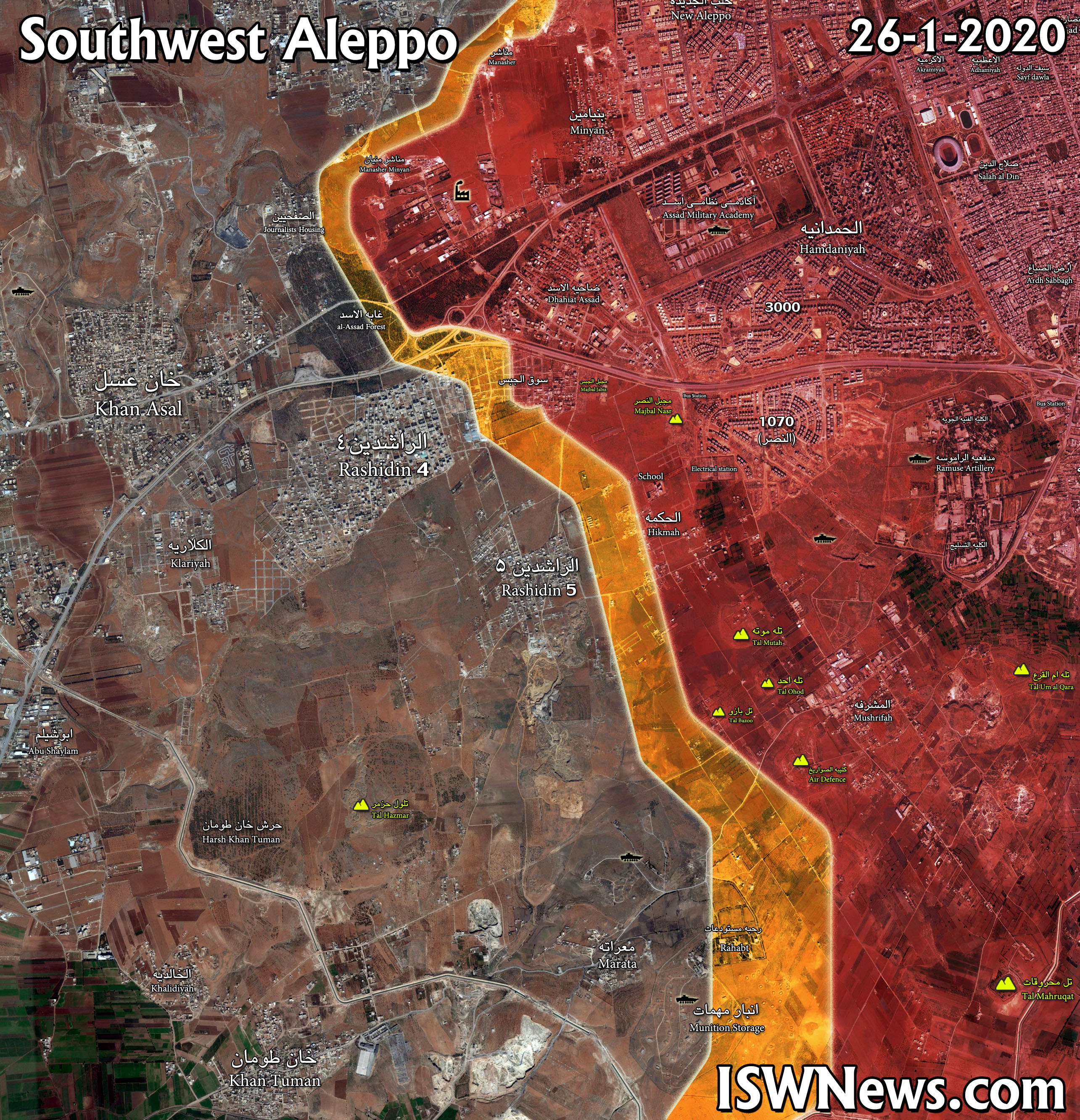 ISWNews Analysis Group: In recent days, the western and southwestern fronts of Aleppo have witnessed widespread clashes between the Syrian Army and Tahrir al-Sham terrorists and other radical groups but the contact lines remained untouched.

Operations in western Aleppo have begun in parallel with operations in the east and southeast of Idlib province; however, despite ground and artillery attacks on militant positions in the west and southwest of Aleppo, ground advance has not yet begun.

Of course, in the last two weeks there have been very limited efforts to advance in some areas, such as around al-Zahraa artillery, al-Assad forest and al-Sahfiyyin neighborhood(Journalists housing) or south of Mushrifa toward Khan Tuman, which is more like testing the militant defensive lines rather than a real and serious advances…

So the news about the Syrian Army’s advances on these axes is not correct and the contact lines have not changed so far. Any progress in mentioned areas will be announced immediately.