Map: Al-Rashedin 5 in the southwest of Aleppo liberated! 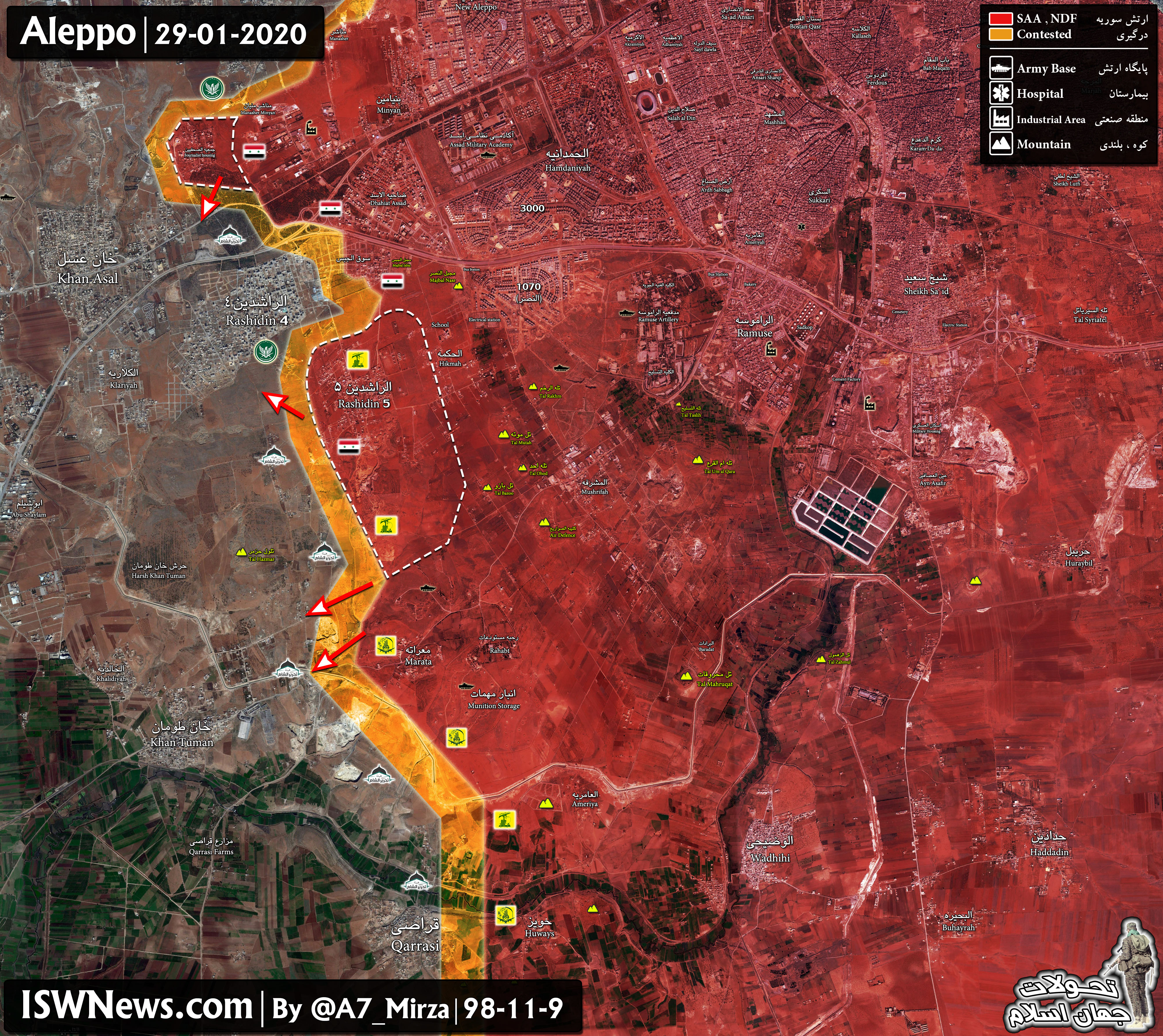 ISWNews Analysis Group: Following the operations of Fatemiyoun and Hezbollah in the southwest of Aleppo city, the important area Al-Rashedin 5 has been liberated from the terrorists occupation.

Also Journalists housing in the west of Maniyan is now under Syrian Army control.
Yesterday also some areas like ammunition warehouse, Rahba, Maarata and Maarata farms and some nearby heights had been freed by Resistance forces.

By now the west part of Assad forest in the south of Journalists housing is under controll of militants or is the contact line. According to the information from our source in the region, Al-Rashideen 4 and Assad forest would be attacked today and tonight.