Deal of the Century was unveiled! 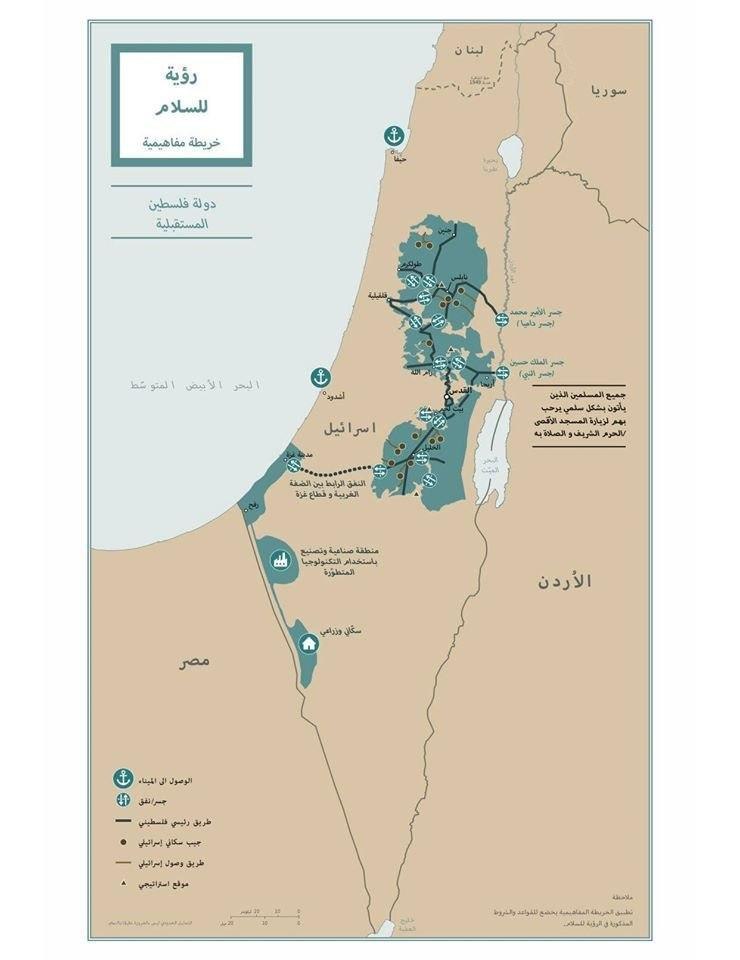 ISWNews Analysis Group: The US president Donald Trump the Gambler and Zionist prime minister Benjamin Netanyahu unveiled Deal of the Century during a ceremony.

Trump said in this ceremony:
– The government of Israel wants peace and our peace plan is quite different from previous plans.This plan is 80 pages and also is more detailed than previous plans.
– My plan will provide an opportunity for the both Palestinian and Israeli sides in the framework of two-state solution.
– Quds will remain the undisputed capital of Israel. I have done a lot for Israel. I recognized Jerusalem, as the capital. I recognized Israel’s sovereignty on the Golan, and most important issue, I got out of the terrible nuclear deal with Iran.
– We do not allow this plan endanger Israel’s security. This plan is a win-win suggestion for both sides.
– Iran has been secluded intensely. We removed Qasem Soleimani. He was running an organization that was seeking the liberation of Jerusalem.
– He only was reinforcing hateness, and for liberation of Jerusalem, he had to enter in war with Israel. In fact Jerusalem has been released now.
– My plan is the last opportunity for the Palestinians for having an independent state.This plan, introduces the eastern Quds as the capital of the state of Palestine and we will also establish embassy there.
– Many countries want to fund 50 billion dollars for running the new projects in the future state of Palestine.
– I said to Abbas in a message that you have four years time for checking the deal of the century, and if you choose the way of peace, we will be with you, too.
– We want the activity of Palestinian resistance movements including Hamas and Islamic Jihad be stopped, and we want the payment of salaries to the families of captives and Palestinian martyrs be stopped.
– It is time for the Islam world to compensate its mistake in 1948, that they attacked “Israel”.
– Boris Johnson (British prime minister) called me this morning and said he will do whatever is necessary that this plan will be succeeded.
– I thank the UAE, Bahrain and Oman for their good work and sending their ambassadors to this ceremony.

Also, Netanyahu said in this ceremony:
– Trump’s peace plan is a unique plan.
– You stood against Iran and removed Qasem Soleimani.
– But President Trump’s plan has recognized Israel’s sovereignty on the Jordan Valley and other strategic regions of Judea and Samaria (West Bank).
– It is a great pleasure that I see the ambassadors of the UAE, Oman and Bahrain here, today. Your presence in here has a very important message.
– Trump has recognized Israel’s sovereignty on Ghor Jordan. All of previous plans were been failed because Israel’s essential interests and demands of Palestinians were not been included in it.

However, most of figures and resistance groups and representatives of foreign organs in Islamic countries such as Iran, Iraq, Lebanon, etc,. have rejected this plan and have considered it a betrayal to the Palestine.