The phone call of the Gen. Qaani with the secretary general of Islamic Jihad 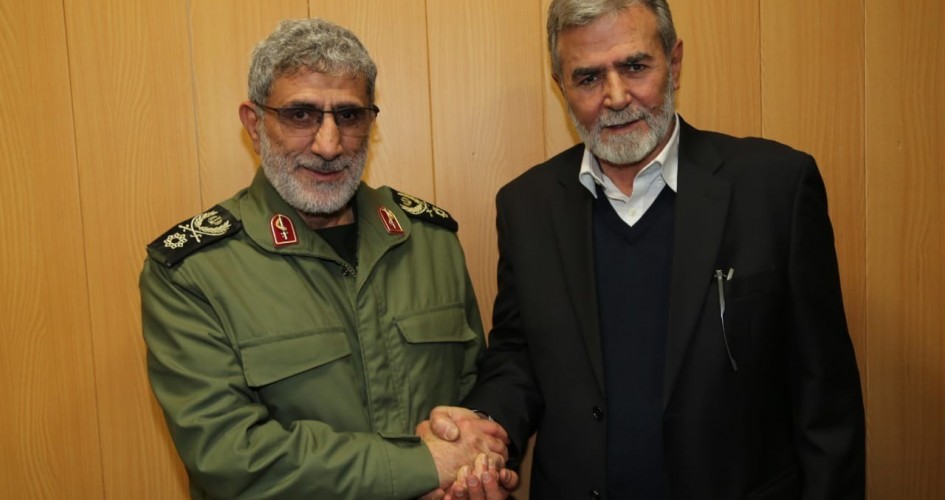 The IRGC Quds force commander, Haj Ismaeil Qaani said in this phone call to Ziyad al-Nakhalah: the stance of the Islamic Republic of Iran in supporting of Palestinian people always been constant, and in confronting with the shameful conspiracy of the Deal of the Century that has targeted Palestinian people rights, we will be with Palestinian people.

Gen. Qaani added: There has been no change in the policies of Islamic Republic of Iran regarding supporting the Resistance groups in Palestine specially after testimony of martyr Haj Qasem Soleimani.

Qaani continued: The Islamic Republic of Iran will step forward in support of the Resistance with greater power and determination to eradicate the American-Zionist cruelty from Palestine.

In this regard, Dr. Ziad Al Nakhalah with thanking to Gen.Qaani and strong stances of the Islamic Republic of Iran in supporting of Resistance and Palestinian people, said: The nation of Palestine and Resistance groups will overthrow the Deal of the Century and all of the conspiracies that ignore the historic right of Palestinian people.