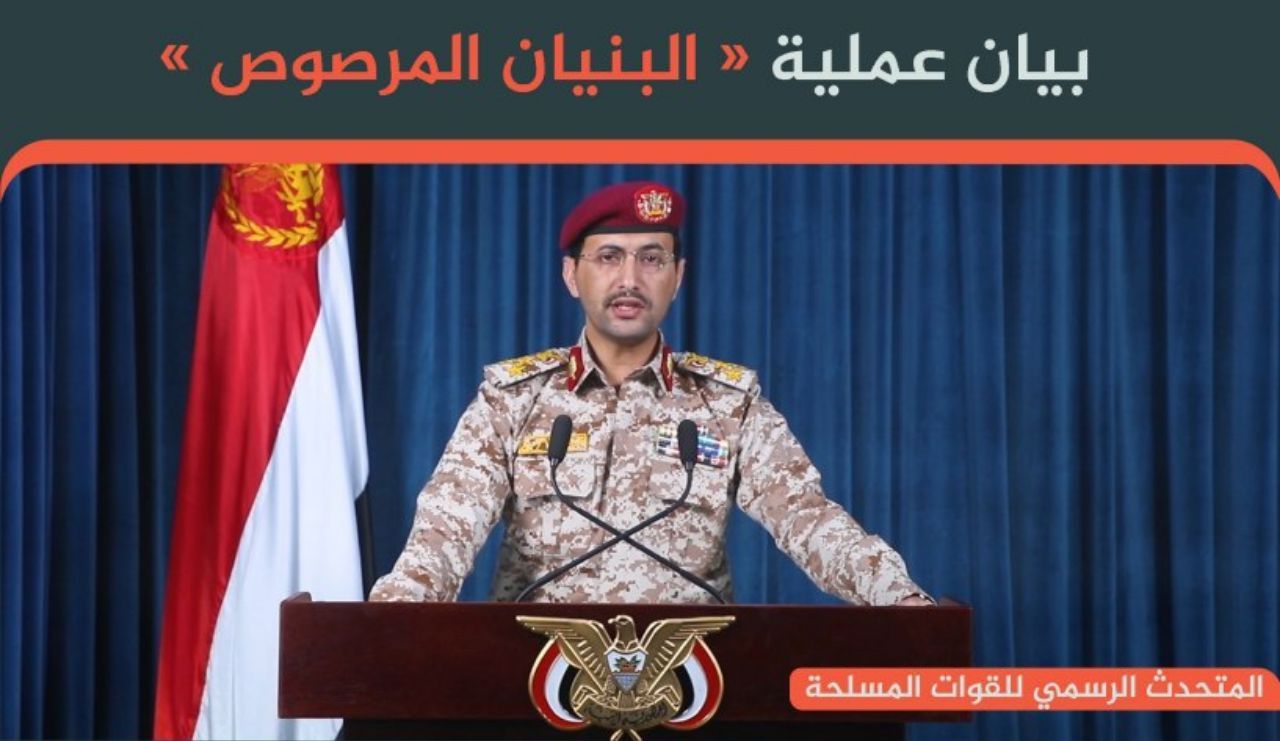 During a news conference, Yemeni Armed Forces spokesman Yahya al-Sari provided information on recent operations by Yemeni forces and popular committees in the areas of Nihm, Marib and Jawf.

– By the help of God the Yemen Armed Forces could stop a big plan which had targeted the capital city of Sanaa.
– Our forces succeed to liberate all the regions in Nihm and forcing great damages to the enemies by a reversed attack.
– The operations of our forces is continuing and there were progresses to the west of Marib which led to liberating some directorates in the provinces Marib and Al-Jawf.
– 2500 square kilometers of Yemen has been freed in the operation Bonyan Al-Marsous and thousands troops of the enemies has been killed, injuried or captivated.
– 17 brigades and 20 battalions and their equipment has been destroyed during this operation.
– Two brigades of the so-called “Third Region” centered in Sirwah Directorate in Marib were forced to withdraw, as well as three brigades in the so-called “Sixth Region” centered in al-Jawf.”
– The Yemeni Armed Forces allowed hundreds of the enemy’s forces to flee in implementation of the leadership’s instructions and to save the blood of those who decided to flee the battlefield.
– The Yemeni Armed Forces highly appreciate the responsible role of the residents of Nihm, Marib and Jawf and their free tribes who cooperated to expel the invaders and occupiers, according to the statement.
– The Yemeni Armed Forces hail all the honorable and free Yemenis to fulfill their national and religious duty during this historic phase.
– The Yemeni Missile Force and the Air Force carried out qualitative attacks on the Aramco Company in Jizan and Abha airports.
– Regarding the US attitude towards the Palestinian cause, the Yemeni Armed Forces underscored solidarity with the Palestinian people in confronting the US conspiracy.
– More information will be revealed in future days.

The statement also urged all the Yemenis who collaborated with the Saudi-led aggression to refer back to propriety, vowing to deal with them tolerantly.