Map: The advances of Resistance forces in the south of Khan Tuman; Qarrasi was liberated! 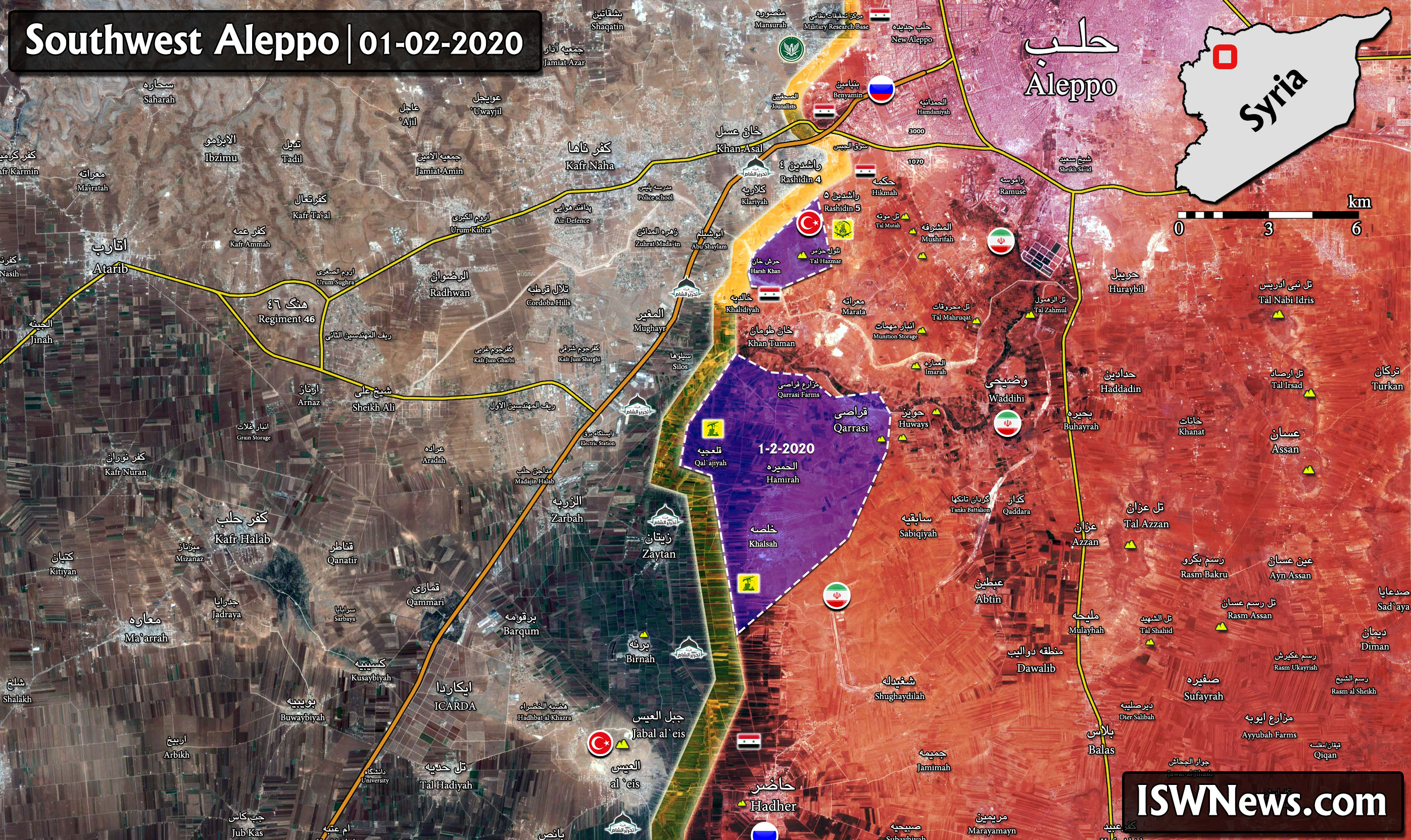 Following the operation of Hizbollah, Fatemiyoun and Syrian forces in the south western of Aleppo city, the regions and villages of Qarrasi, Qarrasi farms and Qalaajiah, Hamirah and Khalsah were released from the occupation of Tahrir Al Sham terrorists.

In the last two days, the Resistance forces were successful in reaching to Qalaajiah and stabilizing it, with infiltration in the Qarrasi farms in south of Khan Tuman. However, the connection between forces and Khan Tuman was almost cut off for several hours and they trapped in Qalaajiah. We knew this issue but refrained of its publishing, for preventing from possible dangers.

In the following, the attack of forces from other axes to Qarrasi village was successful, and at last the whole mentioned region was placed under control of Resistance forces, with completely liberating of Qarrasi and Qarrasi farms.

Also in the northern axis of Khan Tuman, Harash Khan Tuman and Taloul Hazmar and Kharbat Khars were released from the occupation of militants, and thus the Turkey’s observation post in Kharbat Khars in south of Aleppo was completely besieged by Resistance forces and the Syrian Army.

Clashes are continuing in the south and west of Aleppo. In the case of any change in field map, it will be informed.