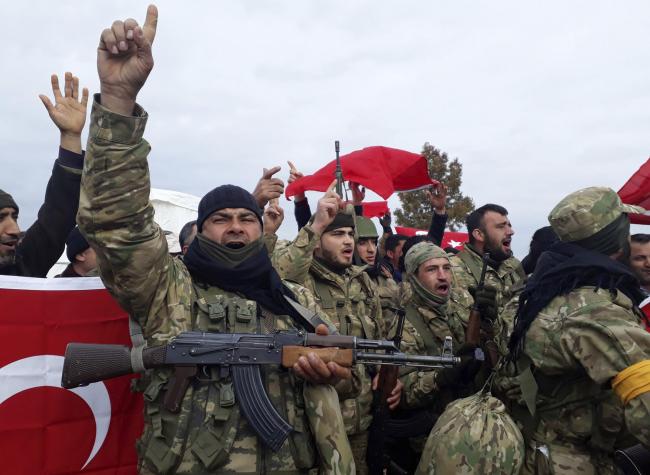 ISWNews Analysis Group: Six Turkish soldiers have been killed and nine injured in shelling by Syrian government forces near Saraqeb in north west of Syria.

According to local sources, last night, Turkish helicopters moved the casualties to Turkey.

However, sources in the Syrian Army rejected Turkish claims and stated that no Syrian troops was killed in the alleged Turkish attacks.
Also Russian Defense Ministry said the Turkish warplanes did not enter the Syrian sky and did not attack the Syrian army’s positions.

This incident came amid the Syrian Army operation in the Idlib province and the SAA military progress toward the liberation of Saraqib town. Now the Syrian Amry stationed 3 kilometers outside of Saraqeb town.