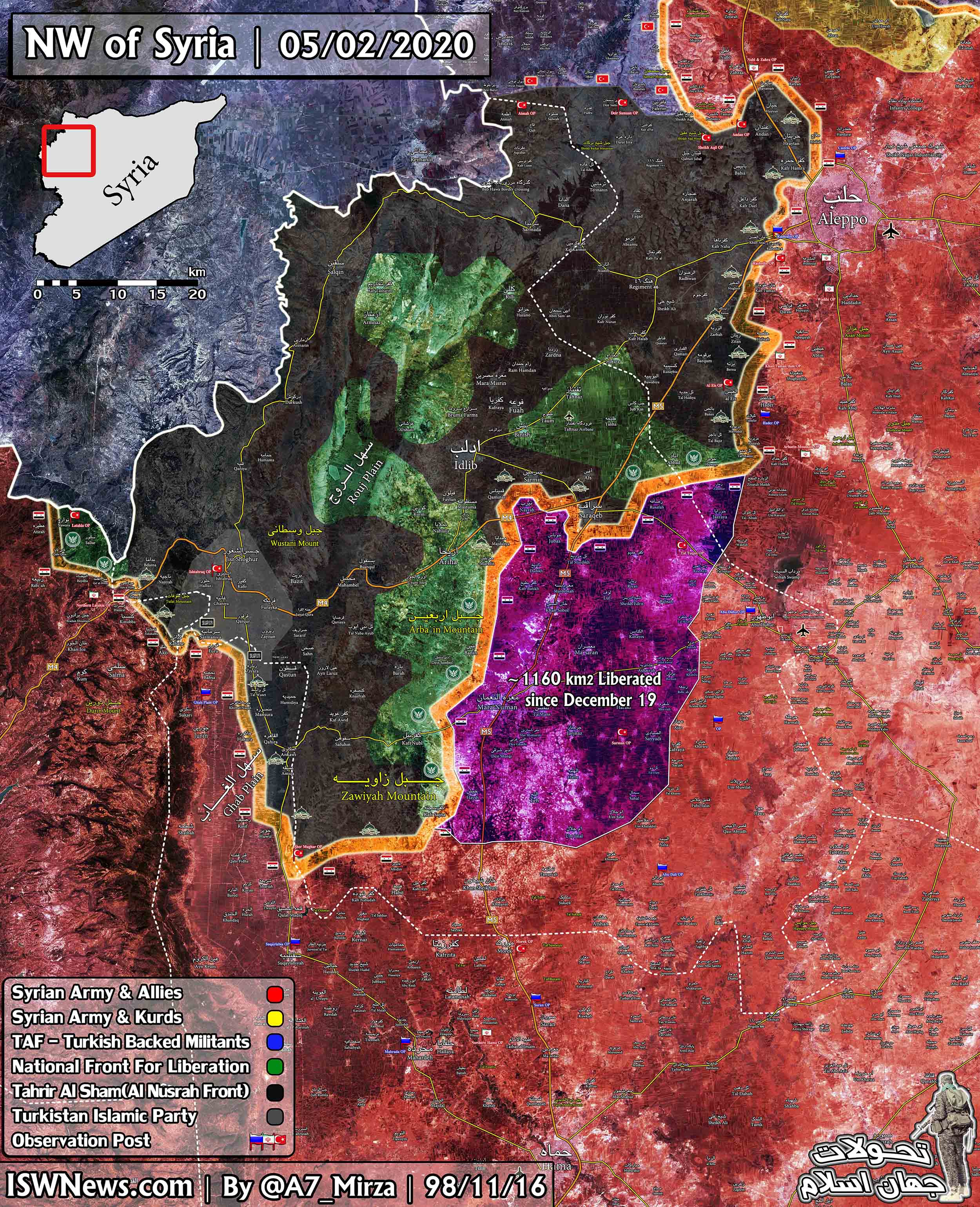 ISWNews Analysis Group: From the beginning of the last phase of the Syrian army operation in Idlib province since 19 December 2019 so far, 1160 km2 occupied lands of Idlib were liberated in 47 days.

More than 70 small and large villages and heights in Idlib region were liberated from Tahrir al Sham and its allies occupation.
The important towns of Maarat al-Numan, Khan al-Sobol and Kar Roma liberated during this period.

Also in southwest of Aleppo an area of 45 km2 containing important areas such as Khan Tuman and Qarrasi was liberated from Hayat Tahrir al-Sham terrorists.