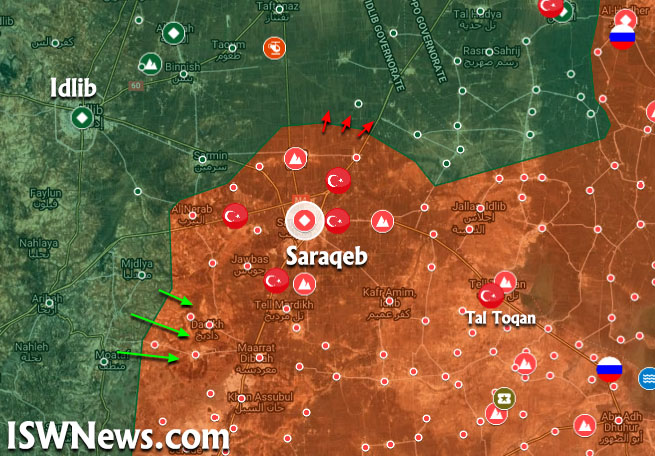 In the last two days after besieging the town from three directions, most of terrorists left the town. The situation of Sarmin is pretty much the same of Saraqeb and few terrorists are left there.
At the moment Syrian army forces are launching attacks to Tal Karatayn area, north of Saraqeb.
On the other hand, terrorists are launching heavy attacks in Dadikh axis, southwest of Saraqeb against Syrian Army forces. However all the attacks were repelled by Syrian Army forces so far.