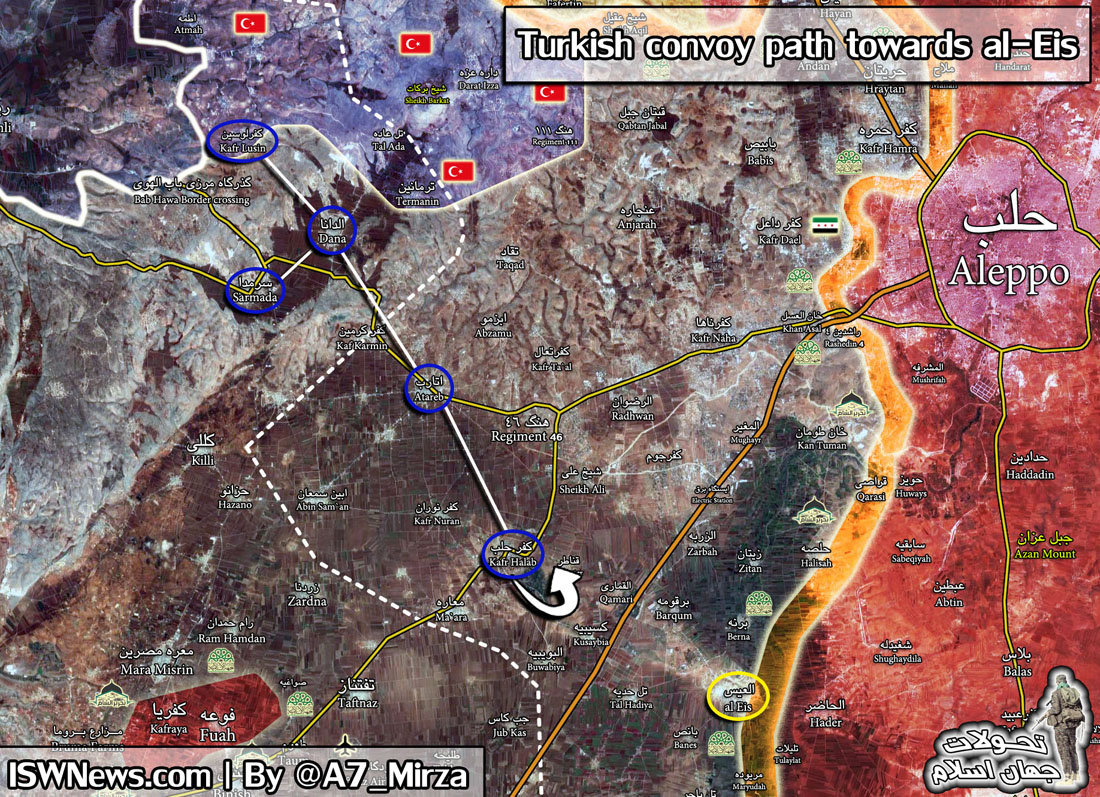 A big military convoy of Turkish Army moves from Kafr Lusin in Idlib toward south of Aleppo and al Eis tonight.

The goal of this convoy as mentioned before is the strategic area of Tal al Eis in southern Aleppo; so Turkish troops move towards it but are stopped near village Qamari due to heavy fire thrown by Syrian Army and Moghawemat artilleries and also continuous patrols of Russian and Syrian fighters above.

It is noteworthy that in the whole route, Turkish convoy is escorted and supported by terrorists of Tahrir al Sham.

Finally, after serious warnings of Syrian and Russian armies to stop the advances, most of the convoy retreat to Idlib and some vehicles are left in Kafr Halab.

The complete dimensions of the story are not clear but specifically convoy entering Aleppo governorate without permission is one of the main reasons of such a reaction by Syrian Army.