Will Turkey go to full scale war with Syria? 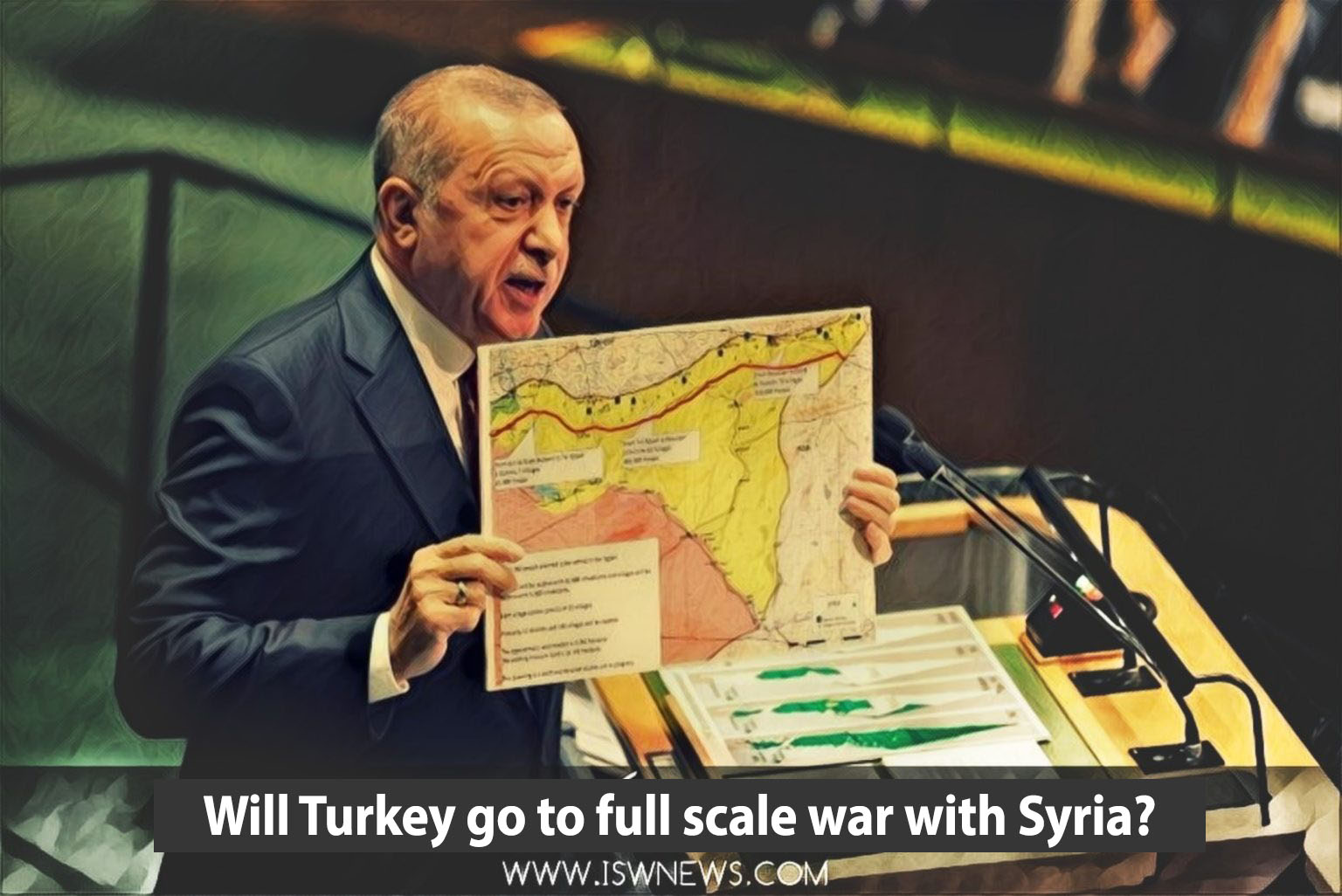 Assaulting Syria by Turkey is not a new issue but Erdogan’s statements and his soldiers activities in Idlib shows a new dangerous phase of Turkey infiltration in Syria.

Erdogan’s determination in supporting terrorists ruling Idlib, after their military post was targeted and six Turkish troops were killed near Saraqib, has increased.
In despite that Turkish troops presence in Saraqib military post was not informed to Russians, but Turkey is very furious about it and considering the Turkish diplomats in bargaining in negotiations, they are after more privileges after incidents of Idlib.

It was stressed by Erdogan in his last speech and he decried Russia’s and Iran’s support for Syrian army, gave Syrian army deadline to end operation in Idlib and retreat until the end of February.

Following Erdogan’s threats, Turkish army deployed 330 armored vehicles and tanks to Idlib province in recent days and terrorist groups backed by Turkey claimed in their media to start an operation in east of Idlib under support of Turkish army.
There are talks between Turkey and Russia at the moment, three scenarios are predicted:

1. Turkey and Russia agreement:
This is the most probable case to end the recent tensions to be achieved in talks, which will be solved between Putin and Erdogan.
As is obvious from Syrian army operation, opening M5 highway is crucial for Syria and allies and there is no priority to liberate Idlib for now, maybe in next steps we observe liberation of north and west outskirts of Aleppo.

2. Turkey starts operation in Idlib:
In despite of extensive Turkish troops deployment to Idlib, it doesn’t seem probable that Turks pick direct confrontation with Syrian army.
Sending troops to Idlib is not the first nor the last time Turkey assault Syria and in previous Turkish operations “shield of Euphrates” (north of Hasaka and Raqqa) and “olive branch” (north of Aleppo), they have assaulted Syrian soil before.
In case of confrontation, Iran and Russia won’t sit steal and will answer Erdogan’s selfishness.

3. Standing up against Turkey’s blackmailing:
The Russians may negotiate with Turkey, but the Syrian government is not interested in negotiating with Erdogan. Today’s events show that Russia has adjusted the sharp edge of its knife with the reactions of the Syrian military to implement the soft part of knife to gain its favorable goals in relation to Turkey. “Negotiation and war, negotiation with the pressure of war…”

However, Erdogan, right now facing with many problems such as the Syrian refugees problem, Kurdish groups, etc., and he will not enter another major challenge like the war with the Syrian army; most probably!