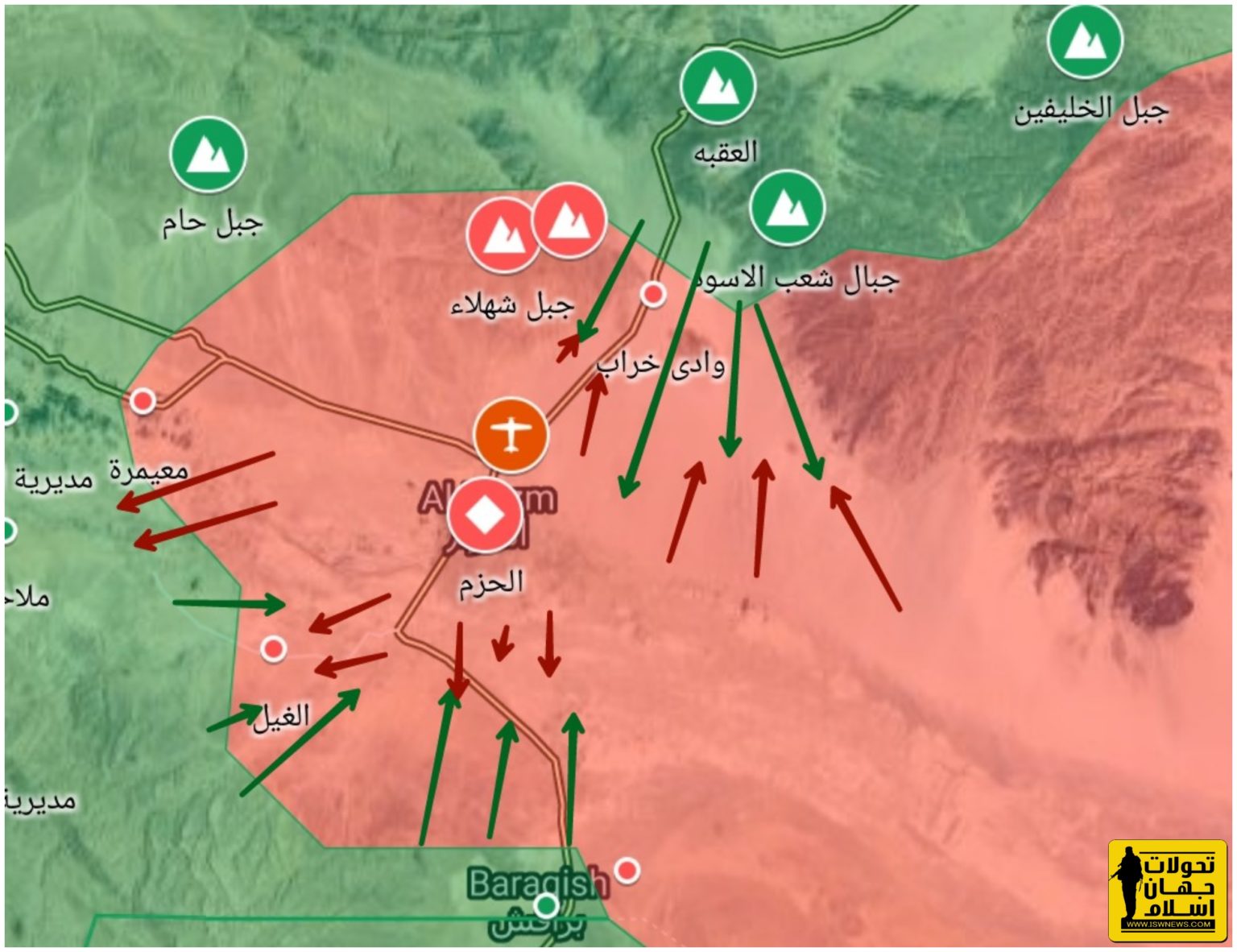 ISWNews Analysis Group: During the engagement between Ansar Allah and Saudi-led forces near the Hazm town, areas Wadi Kharab, Ber al-Zabri and Jadaan were reclaimed by Ansar Allah.

Cleaning process of mounts Shahla and Kharab is continuing. By cleaning these areas, Hazm airport and the only road from Hazm to Saudi coalition occupied lands in northern Yemen will be under Ansar Allah fire.