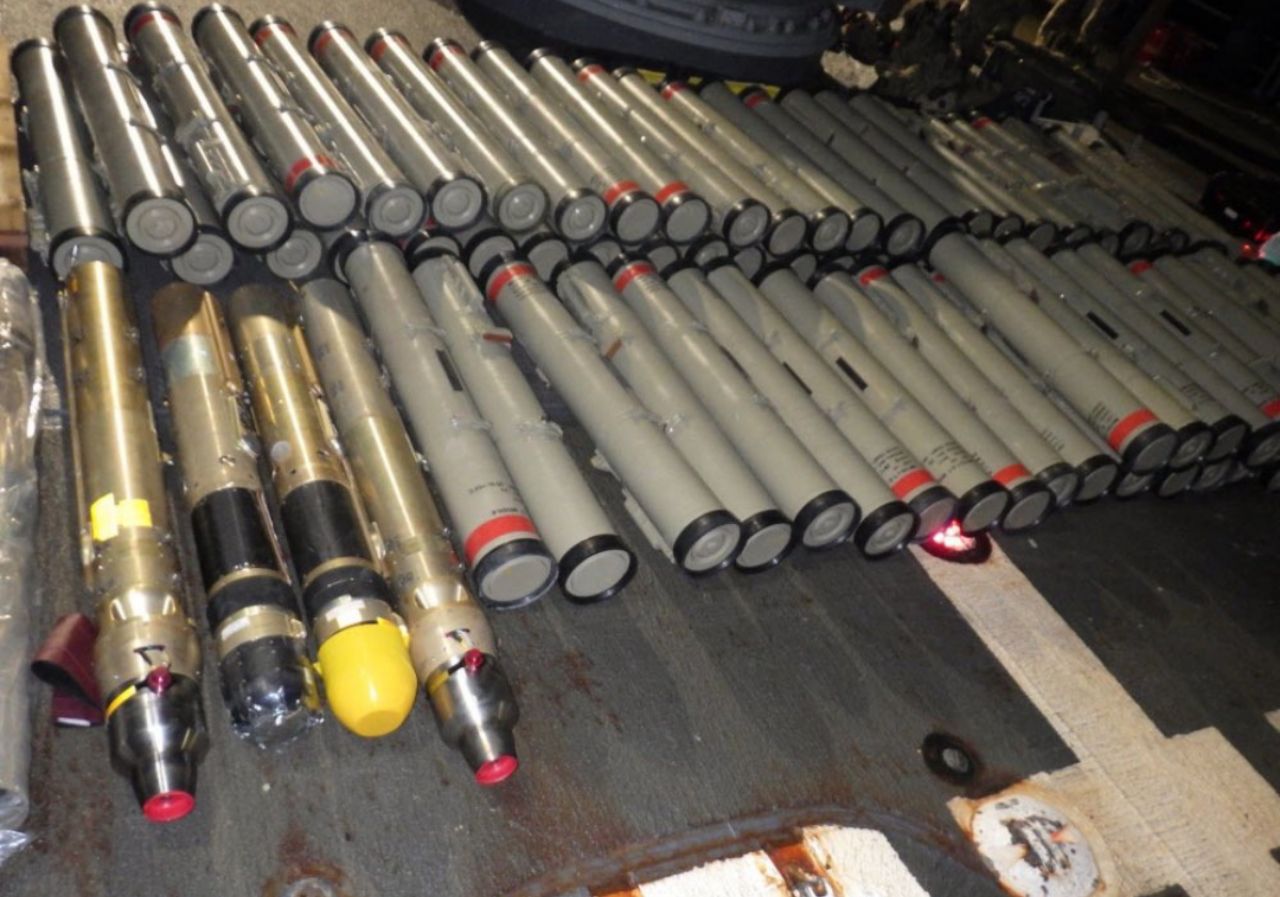 Western media claimed that the ammo are similar to what was discovered last year from another ship in Arabian Sea.

P.S. Ansar Allah have the capability to produce these weapons on its territory; considering this fact, do they need missiles from Iran!?
Aren’t these stories US plans to brag about Iran’s missile capability?