What was the Syrian Army achievements after the start of operation in northwest of Syria? 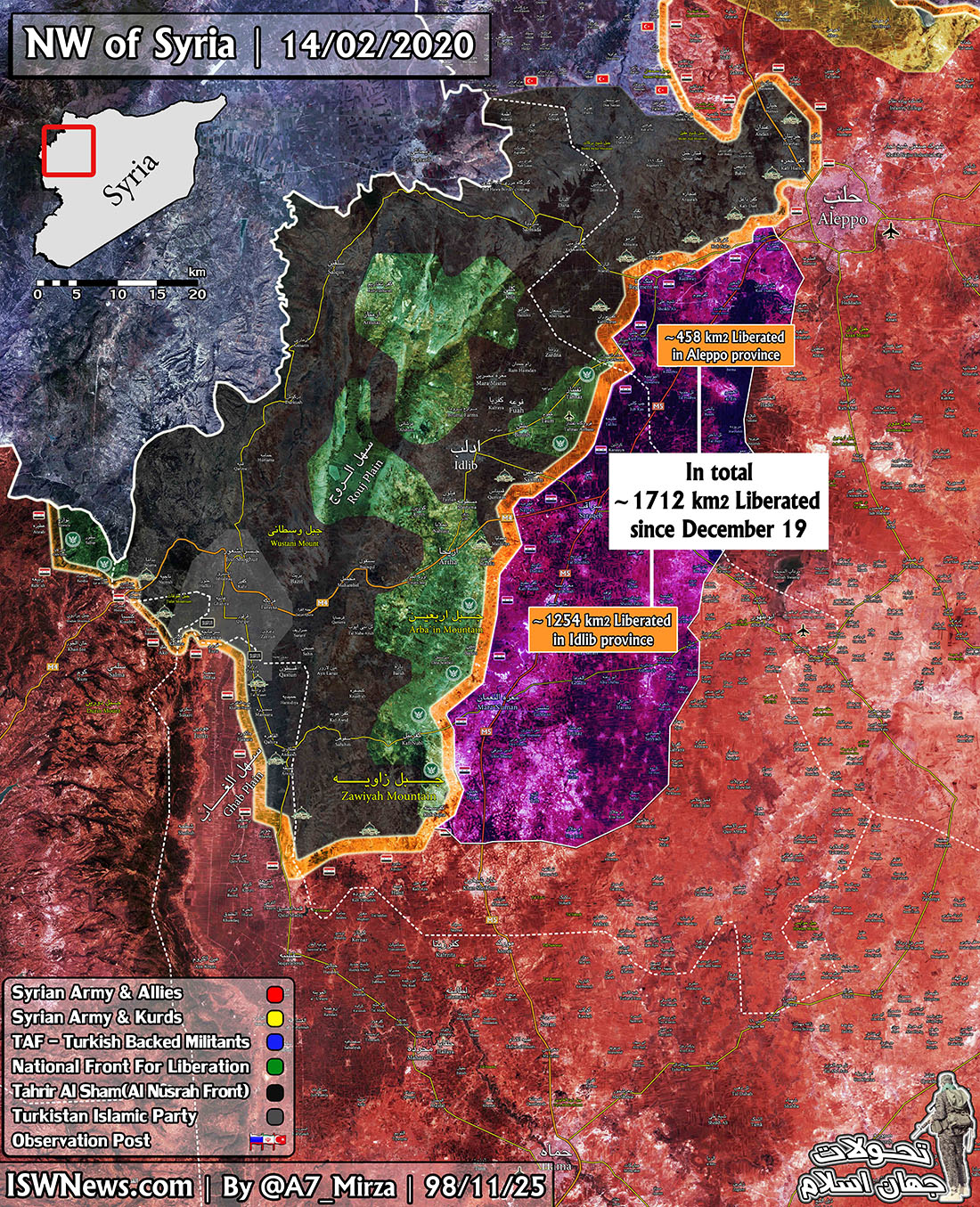 Since the start of the last phase of the Syrian Army and Resistance forces operations in northwest of Syria from December 19, a total of about 1712 square kilometers has been liberated from the occupation of Turkish-backed terrorists.

Also in the field, in the latest advances, the Regiment 46 and Orum al-Soghra in western Aleppo were completely cleared of the presence of terrorists. According to latest information, Turkish troops have been spread in the town of Atarib, west of Aleppo. These efforts are aimed at preventing the advance of the Syrian army on the Atarib axis.