Map: Latest updates on military situation in west of Aleppo 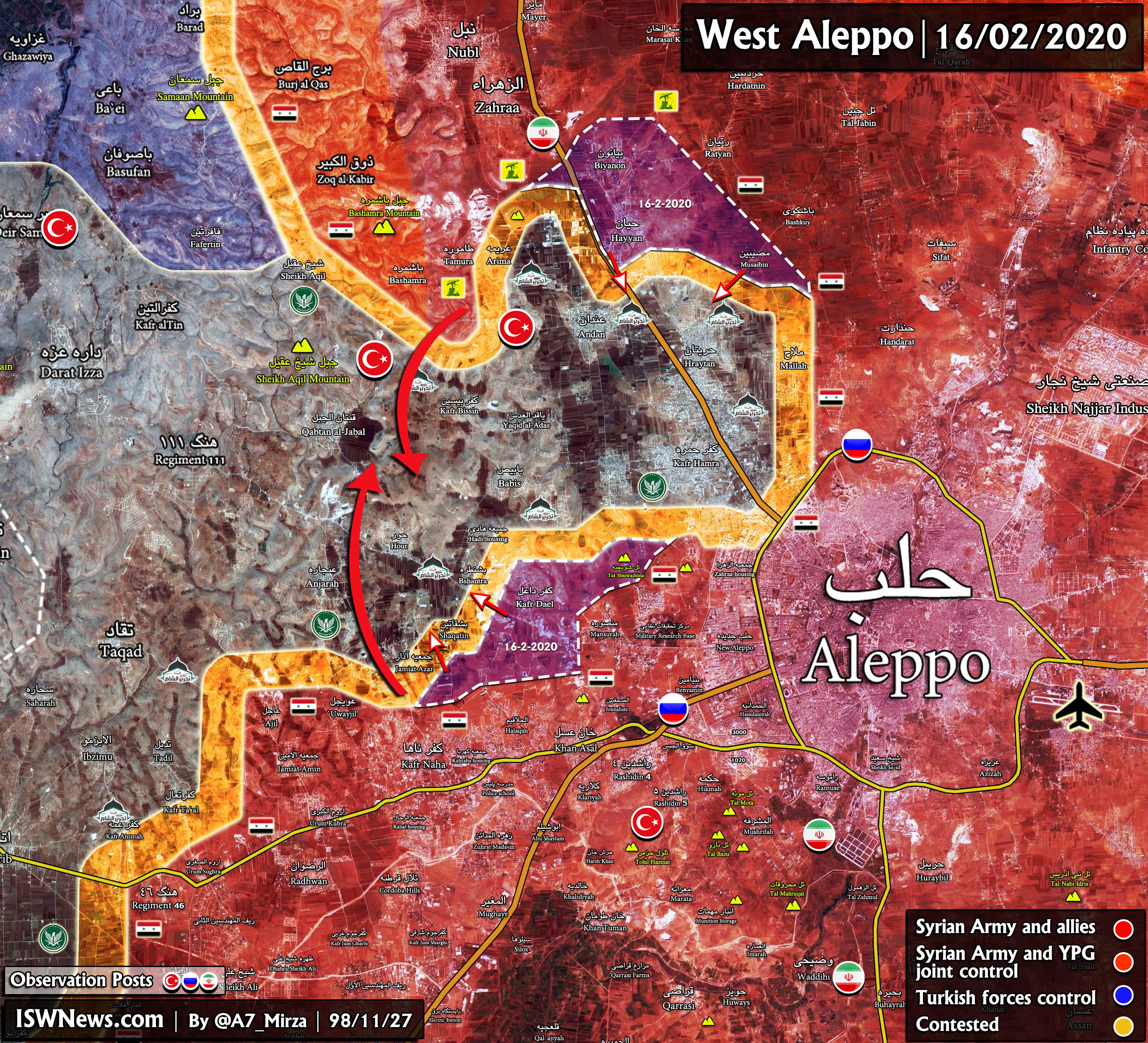 Clashes are continuing in outskirts of Kafr Dael and Bashqatin. According to locals, terrorists are evacuating their positions in areas Kafr Hamra, Andan and Hraytan in northwest of Aleppo city and set ablaze some of their warehouses to destroy their documents and evidences.

Following the Syrian Army advances in west of Aleppo and closing the pocket in northwest of Aleppo, terrorists forced to evacuate and retreat from those areas. By liberation of these areas, the main road from Aleppo to Nubl and Zahraa will be cleansed after many years and terrorists threats and mortar attacks on Aleppo city will end forever.

In Kafr Halab axis on the other hand, for the several times terrorists attack to Miznaz and Kafr Halab was defeated. According to Syrian Army sources in this attack, more than 60 terrorists were killed.
There is news that there will be a ceasefire in Idlib area to evacuate civilians from Kafr Halab and Sarmin humanitarian corridors.