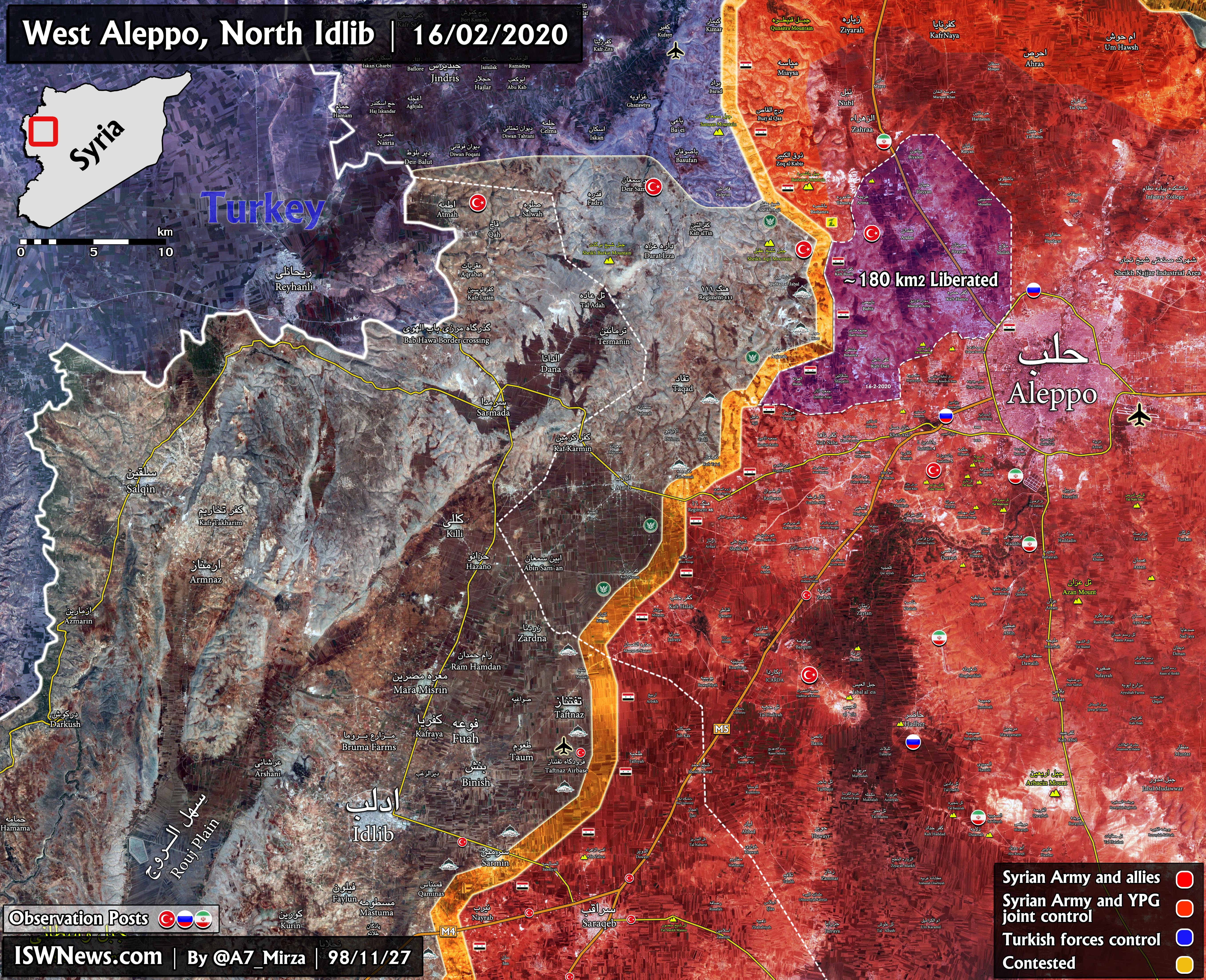 Resistance and Syrian Army forces could liberate vast and strategic areas in west of Aleppo city occupied by terrorists today.

In today’s advances in west of Aleppo, an area of 180 km2 was liberated from terrorists. Also in the shortest distance, terrorist were repelled at least for 10 km from Aleppo city. The road of Aleppo to Nubl and Zahraa was liberated after many years eventually.

Maybe after liberating Aleppo city in previous years, today’s achievements can be as important as it. The liberated areas were occupied from early time of the war by terrorists and used as leverage by Turkey and militants against Syria.

Some of the areas liberated today remind us of bitter memories and those who lost their lives in the way of dignify and divine goals. Today’s victory would not be possible without their sacrifice. History never forgets them.