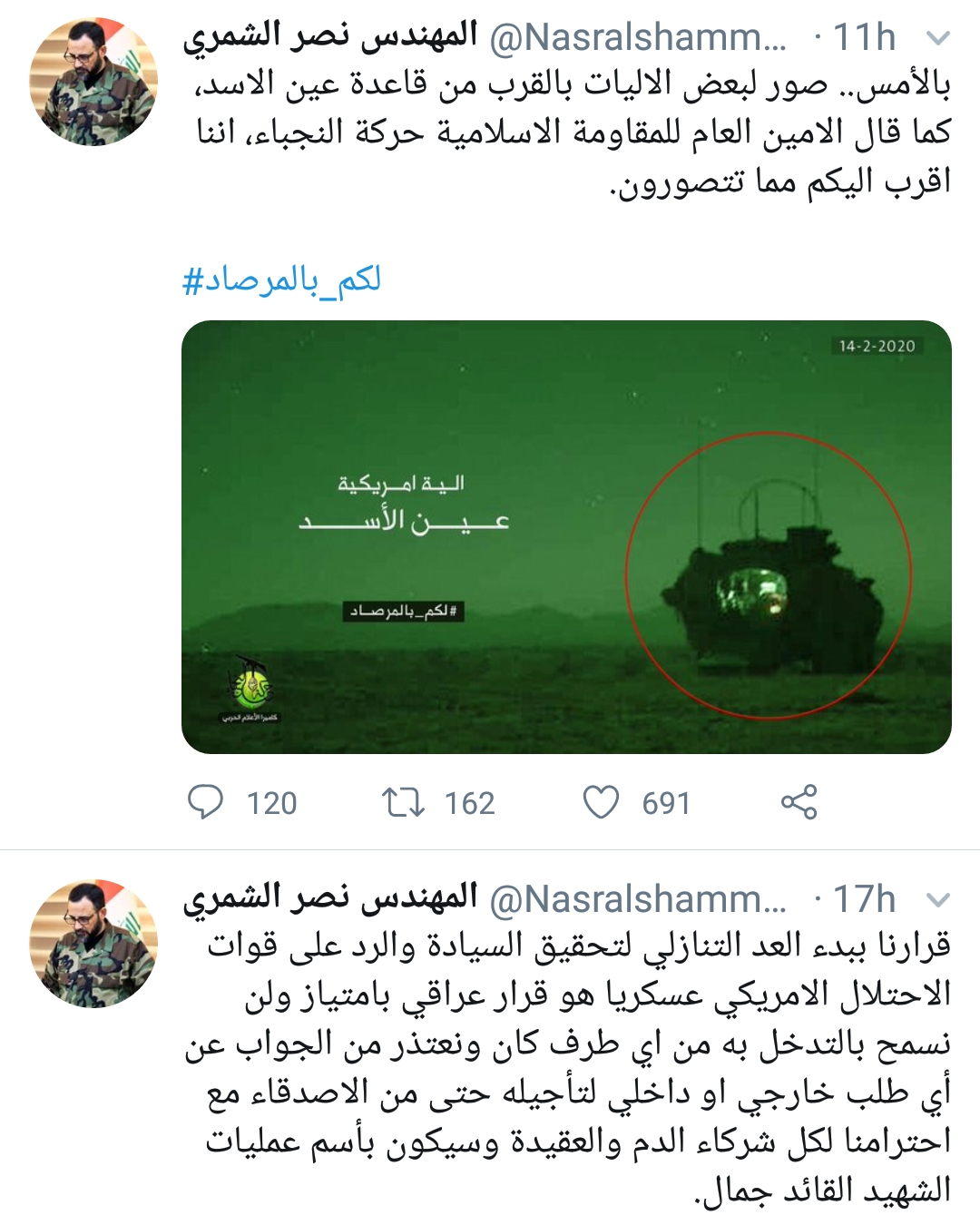 Al-Shimri said:
– We started counting down to respond to American forces, a fully Iraqi decision and without letting anyone even our friends to interrupt we’ll do it.
– Respecting all revengers of blood shed, postponing the revenge even by foreign and domestic requests is rejected and this operation with the name of martyr commander Jamal (Abu Mahdi al-Muhandis) will happen.

Akram al-Kaabi, secretary of the movement, in his speech in Tehran mentioned of open revenge from Americans and removing them from Iraq and the region.